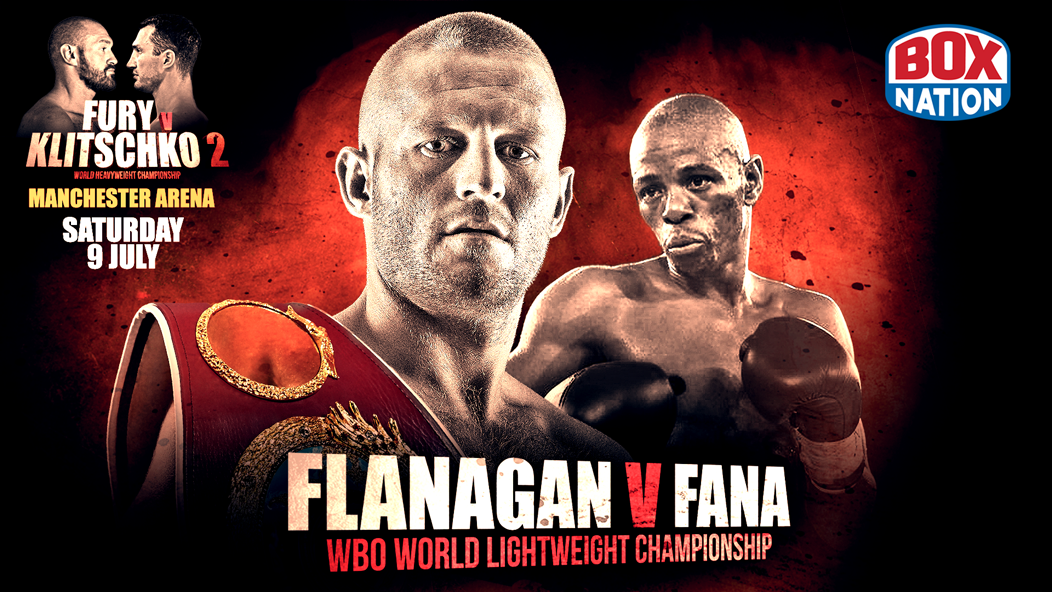 Manchester’s Terry Flanagan will make the third defense of his WBO Title against South Africa’s Mzonke Fana as chief-support of World Heavyweight Champion Tyson Fury’s rematch with Wladimir Klitschko at the Manchester Arena on July 9.

Undefeated Flanagan, 30-0 12 KO’s, makes a hero’s return to Manchester after defending his world title in enemy territory against Liverpool’s Derry Mathews in March. All-action ‘Turbo’ smashed mandatory challenger Diego Magdaleno inside two rounds in his last outing at the Manchester Arena last October and is predicting another devastating performance on his big return.

“It doesn’t get any bigger than fighting as chief support and right before the lineal heavyweight championship of the world. The world will be watching as a fellow Manchester man Tyson Fury aims to show he’s the best heavyweight on the planet once again,” said Flanagan.

He added: “Fana is a two time world champion at super-featherweight, he’s highly experienced, tough and has a very good jab. He will be coming over here looking to take my title but it’s not going to happen,”

“There’s going to be 20,000 Mancunians cheering on two of their own in world title fights. I’m going to pick up where I left off and continue to show everyone that I am the number one lightweight in the world.”

Flanagan, 26, has come a long way since his impressive BoxNation debut against Yordan Vasilev back in May 2014. Since then the Mancunian has gone on to become a world champion and says he owes a lot of his success to his loyal support.

He said: “It’s great to get back home in front of my own fans; especially on such a big bill. The Manchester Arena is right on my door step so it’s will be good for my fans; it’s only a 5 minute walk from the estate. The atmosphere is going to be something else.”