Trying to make a list of the best boxing heavyweights of all time is a difficult task. Throughout history, the heavyweight division in boxing has been one of the premier areas of any sport. Great champions, groundbreaking individuals and dedicated athletes have all graced the division and made an impact on the sport and in the world. Here’s a look at the top 10 heavyweights in boxing history. 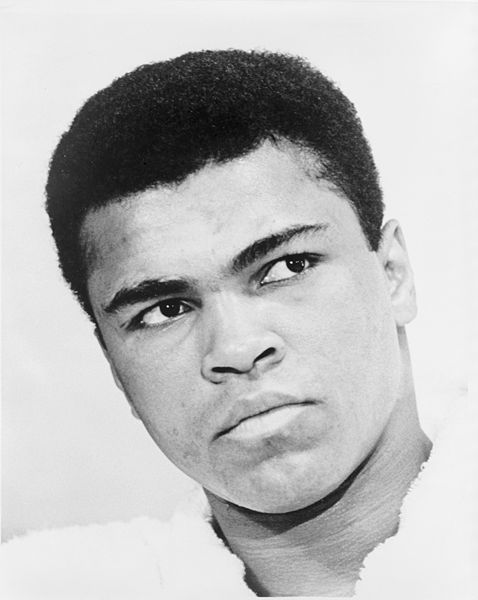 Widely considered to be the best heavyweight boxing champion of all time. Ali was a three time world heavyweight champion, and was crowned “Sportsman of the Century” in 1999. The self proclaimed “The Greatest of All Time” became the first Heavyweight to win titles three times and revolutionized the sport by introducing a style that went against the games teachings.

Rocky Marciano’s career is easily defined by his impeccable record. Marciano is the only fighter to retire undefeated putting up a total of 49 wins. Considered by many to be the hardest raw puncher in the game. Marciano posed a relatively short reach at only 68 inches; which had plenty of power behind each swing. One day before his 46 th birthday Marciano died tragically in a plane crash en route to his birthday party. Rocky Marciano was able to redefine boxing in the late 1940’s with pure punching power. There is no doubt Marciano’s legacy will carry on for centuries.

“The Brown Bomber” was one of the greatest fighters in the history of boxing. He held the world Heavyweight title from June of 1937 to June of 1948. Louis made an astounding 25 successful title defenses during his reign. Besides his superb skills inside the ring, Joe Louis was a great man outside the ring as well. Louis was inducted into the boxing hall of fame in 1990.

George Foreman is a living legend in boxing. His unsurpassed power and his ominous approach in the ring led him to numerous world titles. Most notably, Foreman embarked one of the most successful comebacks in boxing history. In 1994 at the age of 45, Foreman defeated Michael Moorer to regain the Heavyweight crown. A living legend indeed, George Foreman will always be one of the best the sport has ever seen.

“Smoking Joe” Frazier actually became a professional fighter by accident. He first went to a gym to work himself into shape. Shortly after, he began competing; and eventually became one of the best Heavyweights of all time. Most notable for the “Thrilla in Manilla” Joe Frazier fought the best and proved he was indeed one of the greatest this century has ever seen.

Mike Tyson was the first ever to become the youngest undisputed Heavyweight champion of the world. Tyson was able to win the WBC Heavyweight title at the tender age of 20 years old. Fighting as a relatively small Heavyweight Mike Tyson battled his way through the ring with amazing punching power; and was able to knockout more than 90% of the opponents he faced. Known as “Iron Mike,” his reputation is long lived, and respected throughout boxing.

Lennox Lewis was no doubt the pride of Brittan. The 6’5 boxer was a determined fighter who held numerous Heavyweight titles for a combined total of 15 years. Lennox Lewis was inducted into the boxing hall of fame in 2009; and serves as a commentator for HBO’s Boxing after Dark telecasts.

As a professional Heavyweight, Larry Holmes managed to beat a plethora of great fighters like: Muhammad Ali, Ken Norton, Gerry Cooney and a variety of others. As a champion, Holmes successfully defended his title a lineal 20 times, only second to Joe Lewis. In December of 2007, Larry Holmes was voted into the boxing hall of fame.