The Convention Centre in Minneapolis is the setting for a hometown assignment this Saturday for former Super Middleweight World champion, Caleb Truax when he faces Kenyan-based Ugandan David Basajjamivule on Saturday night.

The 36-year-old doesn’t have time on his side if he harbours ambition to get back to the top and he is slated (on BoxRec) to be out again on the 15th February in another ten rounder should he come through this weekend unscathed.

Despite knocking down former Undisputed Middleweight World champion, Jermain Taylor in the fifth, ‘Golden’ was soundly outscored over ten.

Daniel Jacobs proved too good in WBA Middleweight title shot in 2015, with ‘Miracle Man’ producing a 12th round stoppage win. 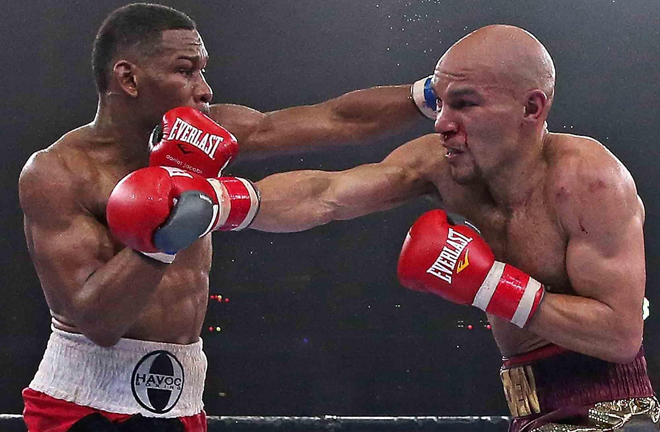 The defeat forced a rethink and a move up to Super Middleweight, but his debut was a disaster, dropped twice and stopped by former 168 lbs titlist Anthony Dirrell inside a round.

Two stoppage wins set up a surprise shot at James DeGale’s IBF Super Middleweight belt at the Copper Box in London in December 2017.

Truax was a firm underdog, but took a deserved majority verdict over a lacklustre DeGale to take the title back to America. 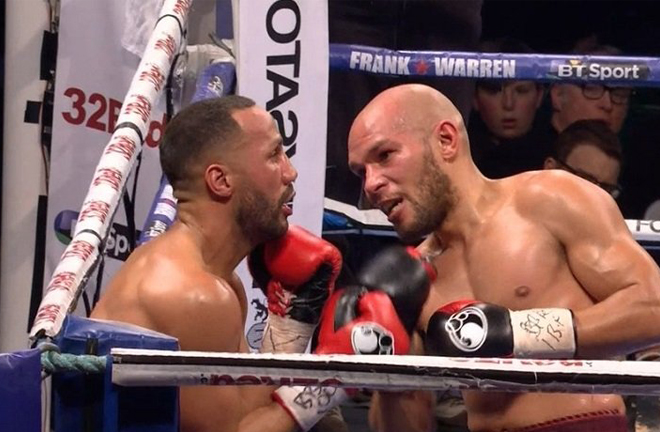 The Brit exercised a right to a rematch immediately, and regained his belt with a close unanimous points win, with both men cut over their eyes.

A routine third round stoppage of Fabiano Soares began another comeback in August 2018, but his last fight ended in frustration in April last year, when his IBF eliminator bout with Peter Quillin was stopped during the second round and ruled a no contest due to an accidental head butt caused a cut to Truax, which meaning he could not continue.

He returns again in a low key assignment over ten rounds against the unheralded Bassajjamivule (16-4-1, KO11).

The 41-year-old visitor drew on his debut way back in 2004 in his native Uganda, and had back to back losses against Isaac Chilemba in 2008 and 2009, who has gone on to unsuccessfully challenge for two world titles against Sergey Kovalev and Dmitry Bivol.

He was stopped in the final round of an eight rounder in April 2008, and outscored in a bid for the WBO African Light Heavyweight belt in his rematch with Chillemba.

Basajjamivule last fought in June 2017, where he scaled 200 pounds in and was stopped in four rounds by Ruslan Fayfer at the Floyd Mayweather Boxing Academy.

Quite what he has been doing for over three years, and how he plans on losing over 30 pounds in weight is a mystery, but he shouldn’t cause Truax too many obstacles if he does turn up on the weight come Saturday.

Prediction: Both men will have considerable rust, and I expect Truax to fight with caution for the first couple of rounds before testing Basajjamivule’s chin thereafter. With both men needing the rounds, I would expect Truax to cruise to a wide points win in this one.