Three years ago, Tyson Fury and Dereck Chisora met one another in a British and Commonwealth heavyweight title fight. Neither man was in particularly great shape for what was the biggest test for both up to that point. Over twelve hard rounds, Fury managed to out-work the barrel-chested Chisora, with his wild hooks and constant aggression, winning by unanimous decision.

Fast forward to the present and a rematch is on the cards, though this time round a lot more water has passed under each man’s bridge. Fury saw a domestic superfight with David Haye postponed and then cancelled, while Chisora suffered consecutive defeats to high class opposition before re-routing his career.

So as the Fury vs. Chisora rematch looms the circumstances for both men have changed, but will the fight look any different second time around?

Fury has the Win, Chisora has the Form

Dereck Chisora experienced a vastly different 2013 to Tyson Fury. While Fury was training for twice cancelled fights with David Haye, Chisora was on a roll. Four straight stoppage wins, including one of undefeated American Malik Scott, helped him regain a footing near the top of the division, a footing that was in danger following defeats to Robert Helenius, Vitali Klitschko and Haye.

The pair both began 2014 in victorious fashion, however, with Fury wearing down Joey Abell and Chisora outpointing the wily Kevin Johnson. The wins were meaningful in different ways. Fury was able to exorcise whatever anger remained following a stop start twelve months, while Chisora handily showed his ability to win over the twelve round distance – something he had until then yet to achieve.

The feeling ahead of this rematch is that Fury’s momentum has been staggered, while Chisora is resurgent and further buoyed by strong showings, albeit in defeat, at a level higher than that which Fury has reached. This mood is captured by the weight of both men in recent times. Fury weighed in at a career highest for his fight with Joey Abell. Chisora, on the other hand, has been gradually streamlining since early 2013.

Chisora also appears to have grown mentally since his knockout defeat at the hands of David Haye. ‘Del Boy’ has been calmness personified in interviews and press junkets for this fight, quite the contrary to the combustible Fury.

It appears then, that although Fury won back in 2011, it is Chisora who has form going in to the rematch. It all adds to the spice of the event, but ultimately form tends go out the window when the fists start flying.

Fury the Bigger, Chisora the Brawler

Fury is the better combination puncher in this fight, and he is capable of putting shots together with some rhythm. He is culpable to leaving his chin out to dry at times, though he has excellent powers of recovery. His senses have been scrambled before, most notably in his fight with Steve Cunningham, but he always gets up to wade through the mire and earn the win.

Fury is also by far the bigger man, with a much longer reach and a harder punch to boot. Even by heavyweight standards, at 6 ft 9 Fury is a hefty unit. Chisora is used to being the smaller man in the ring, though. Indeed, he often uses it to his advantage, bobbing and weaving under longer arms to get into range and work away on the inside.

Chisora has always been an aggressive brawler, though in the past he has been guilty of lacking a gameplan and winging wild hooks without much method behind the madness. That has changed, to a degree, of late. In his fights with Scott and Johnson, Chisora threw more straight shots, worked his way in behind the jab occasionally and attacked with intelligence to match his intent.

Fury is the betting favorite for this fight, but Chisora will relish his underdog status. He will pressure Fury from the outset, punishing the body on the inside and taking fewer risks when out of range.

On the back of a testing year, Fury may fight angry when he learns the fight isn’t going all his own way, which will only bring this fight to the boil. Fury will swap shots with Chisora in the later stages, but by then it could all be too late, and Fury could be too open, allowing Chisora to take a very close decision. 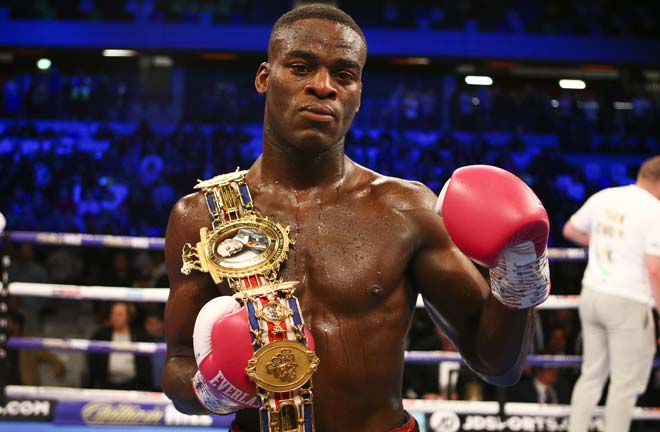 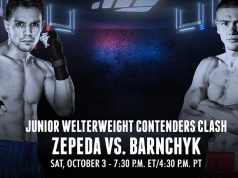