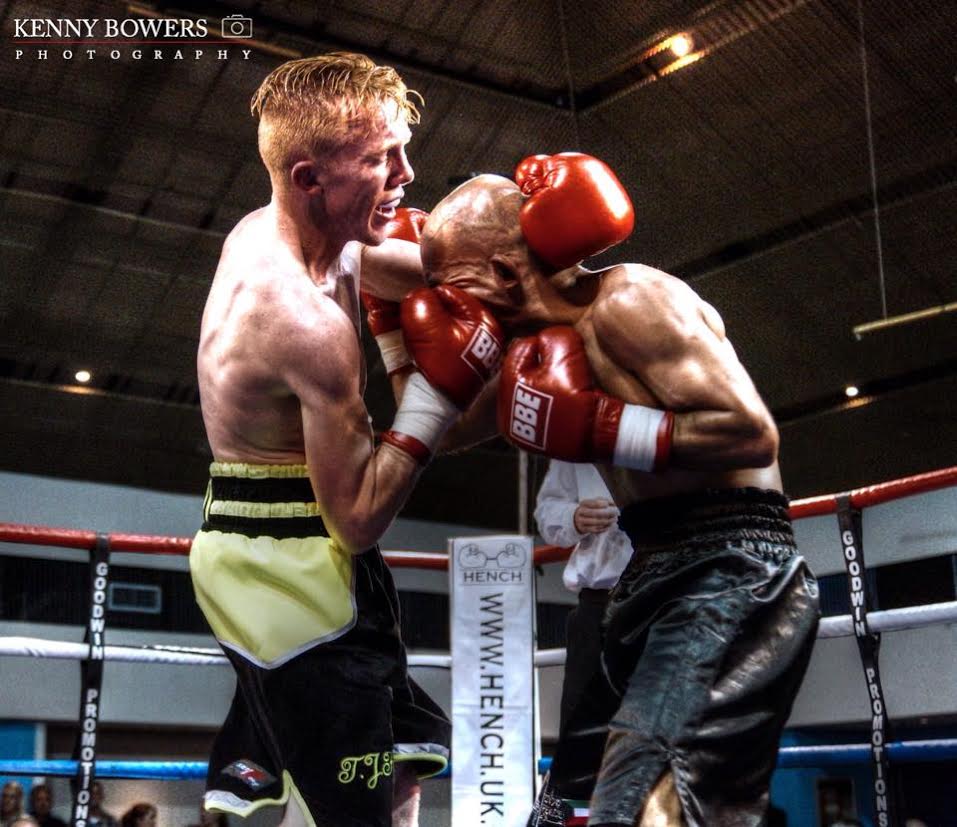 The 20-year-old Surrey star goes up against 30-year-old Croatian, Mirsed Ahmeti (2-4) in his first six-rounder on a Goodwin Main Events show titled, ‘Out and About’.

The talent-packed event, headed by Olivia Goodwin, features exciting heavyweight action on a card boasting a total of 13 scheduled bouts including 11 unbeaten prospects and two debutants.

Of his next fight, the 5ft 4” prospect commented, “I’ve never boxed at the York Hall before, even as an amateur; it’s a famous venue and I’m looking forward to it.”

The ‘Pocket Rocket’ was due to fight on October 2nd in Brighton which saw headliner, Lloyd Ellett suffer his first career loss in 18 fights.

His chance was wrecked when he fell ill with a virus in the weeks leading up to fight night. He explained, “I feel alright now but I dropped loads of weight and had such a terrible cough that I had to go to the doctors to ask for an asthma pump.”

Recovered and revitalised, Kindon is hoping for big support in his third outing of 2015, the same amount of appearances as 2014, with all fights having taken place outside of London in Portsmouth and Bournemouth.

“Hopefully I’ll have a lot of fans coming as it’s closer than normal so should have a lot of support on the night,” said the 122-pounder.

The Guildford City Gym student, trained by his father Kazy Kindon and Johnny Edwards, stopped his last two opponents in March and July this year, placing him at 11th in the British super-bantamweight rankings, edging the young talent closer to silverware in the near future.

The Leeds-born boxer will be seeking title opportunities if he comes away with another win on November 7th.