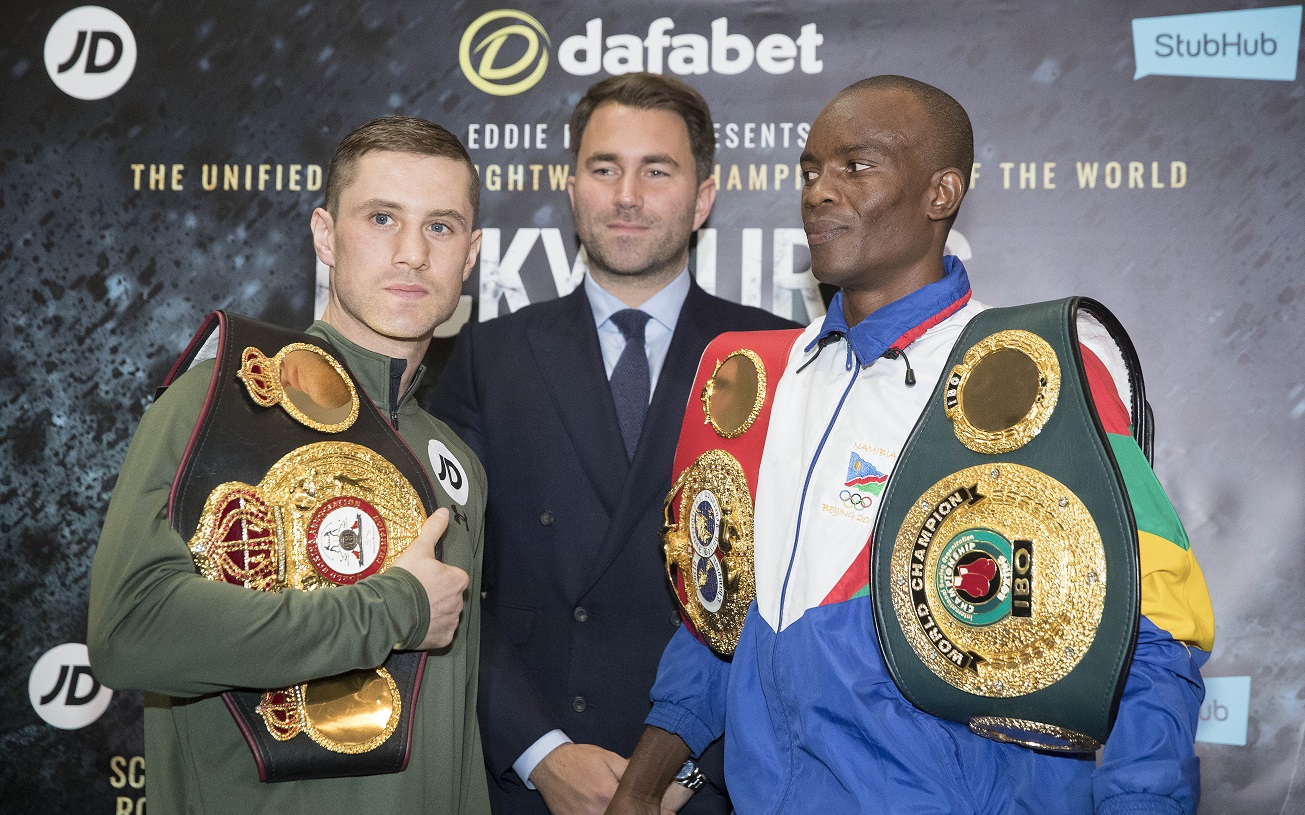 Ricky Burns celebrates his 34th Birthday today ahead of his unification fight on Saturday night at the SSE Hydro in Glasgow. And Burns will be looking for the ideal birthday present of both the IBF and IBO World titles to add to his WBA Super- Lightweight when he takes on Julius Indongo.

Burns and Indongo came face to face in Glasgow at the pre – fight press conference ahead of the clash on Saturday night, live on Sky Sports.

The two face off at the Hydro SSE where The Rickster made history when he became Scotland’s first three weight World champion when defeating Michele Di Rocco with an eighth round stoppage.

Burns defended his title for the first time in October with an impressive display against challenger Kiryl Relikh and Scotsman looks to take the momentum of his two wins into the third, against Namibian Julius Indongo.

“When I first started out you always think about winning belts and being in massive fights, but I never set myself any targets,” said Burns. “I just worked hard and when I got the chances, I took them and it paid off. I’ve had a few bad nights and it took me a while to move down to Essex and get used to training with Tony, but it’s clicked now.

“I got the Di Rocco fight and I jumped at it. People noticed there that I still had something to give, I knew it was still there, but there were people that doubted that.”

Ricky Burns is clearly focused for the big clash on Saturday night when he steps into the ring with Indongo, who is having his first paid fight outside of Africa. 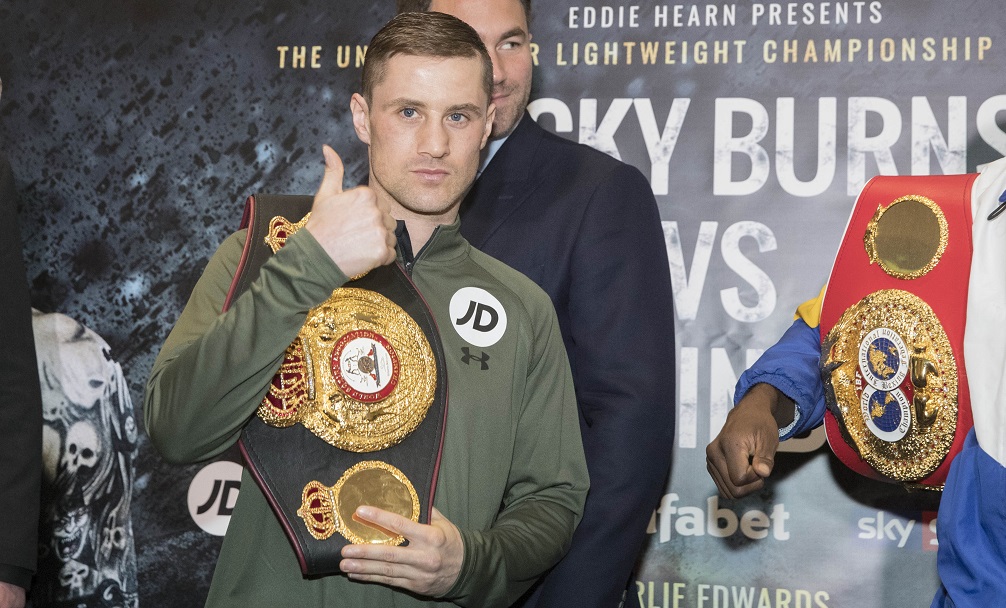 “I don’t think about what I’ve done so far and I won’t until I hang them up. In my eyes, a fight is a fight. It’s always great to go into big fights like this one, but the pressure is big enough in World title fights that I keep stuff like legacies and so on away and just focus on what’s in front of me, that’s the way I’ve always been.”

“Don’t get me wrong, I’m happy with what I’ve achieved and people always say that I’m a three-weight World champion and only one of three ever in Britain, but I’ve not really thought about it and it’s not sunk in.”

“I just love fighting. People ask me all the time how long do I think I can keep going and my answer is always as long as I am not taking punishment, still want to do it and enjoy it, then I’ll keep going – and I think that there’s years left in me.

“I’m taking it one fight at a time. This is a big, big night, the biggest I’ve had. We spoke about unification fights at Super-Featherweight and Lightweight and now it’s here – I just can’t wait. There were easier fights out there and maybe even more lucrative fights, but this is the fight I wanted and I’m confident that things will go well.”

Burns clash with Indongo is part of a huge night of action in Glasgow with two cracking British title fights leading the supporting cast as Scotty Cardle looks to land the Lightweight belt outright when he faces Robbie Barrett and Charlie Edwards and Iain Butcher clash for the vacant Super-Flyweight title.

Rio Olympian Josh Kelly makes his pro debut, his Team GB teammate Lawrence Okolie boxes for the second time in the pros, Charlie Flynn fights for his first pro title as he faces Ryan Collins for the Celtic Lightweight title and Joe Ham takes on Scott McCormack for the Scottish Super-Bantamweight title.

Tickets for April 15 are on general sale priced £40, £60 and £100 from www.thessehydro.com and £200 VIP exclusively at www.matchroomboxing.com