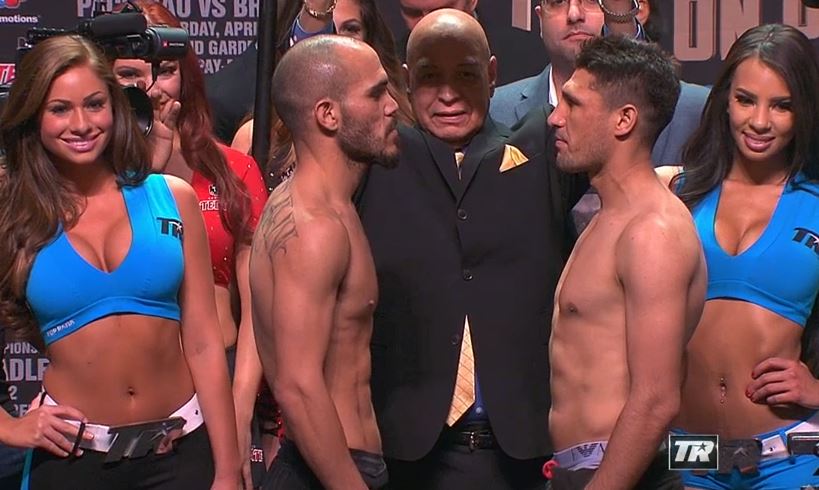 Fighting in the co-main event of the HBO Pay-Per-View card featuring the Timothy Bradley vs. Manny Pacquiao rematch at the MGM Grand Garden Arena in Las Vegas, Usmanee put in a brave performance against the larger Beltran, but became understandably fatigued as the fight progressed.

Although it was Beltran who was awarded the unanimous decision by scores of 118-110, 117-111 and 117-111, Usmanee made many new fans with his courage in taking on a larger man on short notice and hanging in for 12 tough rounds.

“Arash never ceases to amaze me with his toughness,” said Cohen. “How many fighters in the world could step up a weight class on less than a week’s notice and go toe-to-toe for 12 grueling rounds with a top fighter like Ray Beltran?”

With the victory, Beltran earned the right to face unbeaten WBO lightweight titleholder Terence Crawford, while Usmanee will return to his natural weight of 130 lbs and continue to campaign for another shot at the world championship.

“Arash will fight anyone in the world at super featherweight,” continued Cohen. “He beat (top contender) Rances Barthelemy everywhere but the scorecards and had a draw with (current IBF champ) Argenis Mendez. He’s an elite super featherweight and his short-notice foray into the lightweight division, and the guts he showed doing it, only further solidify what a world-class warrior he truly he is. I’m very proud of him and he will be back at 130 lbs very soon.”