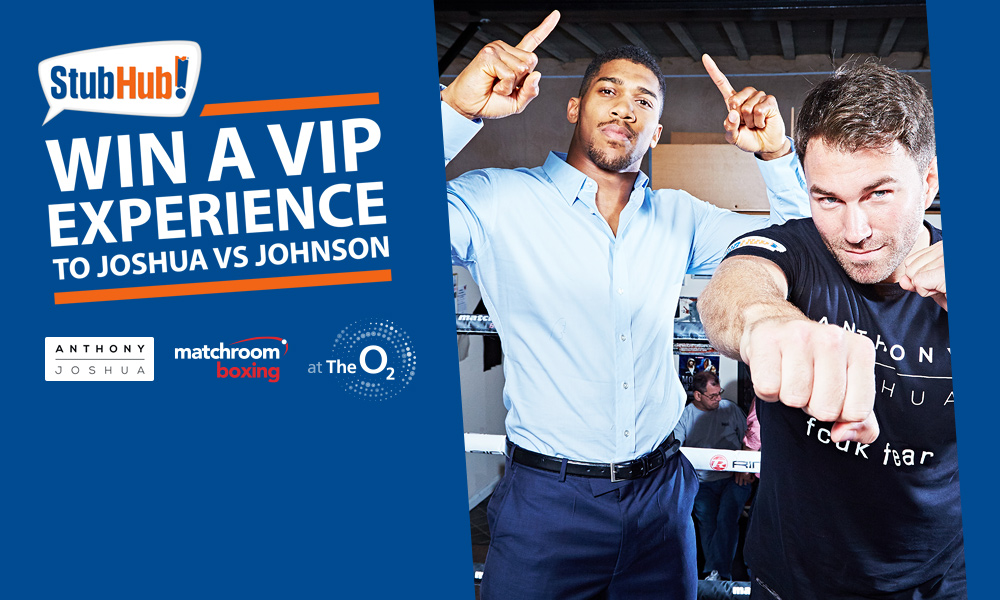 StubHub and partner Matchroom Boxing are teasing Anthony Joshua’s upcoming clash with Kevin Johnson this weekend, with the release of a new video featuring the Olympic champion. The video sees Joshua swap shoes with Eddie Hearn at the promoter’s Essex base, in preparation for the upcoming bout against Kevin ‘Kingpin’ Johnson at The O2 on May 30.

StubHub is also offering a pair of the hottest sporting tickets in town for one lucky fan to win.

The winner and a friend will get the chance to experience the tense build-up to the big fight with access to the weigh in. The next day, the lucky pair will then have a chance to meet Anthony Joshua himself backstage at The O2 and then watch the action up close at the inner ringside – fans can enter online here.

StubHub is the official ticket partner and marketplace of Matchroom Boxing and Anthony Joshua Joshua’s meeting with Johnson is part of a massive night of action in London with three World title fights on the bill.