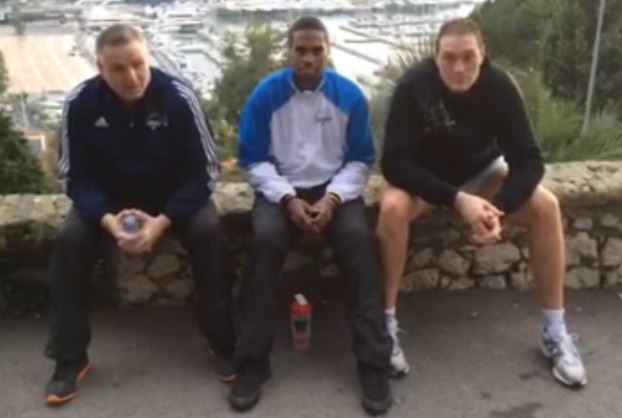 American heavyweight Eddie Chambers has joined Team Fury Promotions and will be trained by Peter Fury.

At 31 he has been in with some of the leading names in the heavyweight division including IBF, WBA and WBO world champion Wladimir Klitschko, as well as going the distance with Alexander Povetkin and Tomasz Adamek.

He now joins the stable of rising heavyweight sensations Tyson Fury and Hughie Fury, who have made huge strides in recent times under the tutelage of Peter Fury.

After falling just short of world title glory, Chambers, a former cruiserweight, is now aiming to go one step further by capturing such honor at heavyweight with Team Fury.

“I am happy to be part of Team Fury Promotions. Being with Peter Fury and part of Team Fury is going to take me to the level Peter knows I’m capable of. They have the right resources and boxing knowledge that I feel has been missing in my career so far.

I’ve had some great trainers in the past, however, I think with Peter’s great knowledge in the ring and also his business knowledge out of the ring, it gives me the confidence and inspiration I need to believe us as a team can do big things. I can’t wait to fight in the UK for all the boxing fans there. I have a message to all heavyweights in the world – Eddie ‘Fast’ Chambers is coming for you soon.”

“I’m over the moon to have the great pleasure of working with Eddie Chambers. For some years I have always admired the boxing skills he possesses as a fighter. Having the trust and opportunity to challenge myself again is great. I love the American fighters of the past and am really excited to show the world what Eddie can achieve in world heavyweight boxing.

He will be competing at heavyweight. I intend to put him up by 24lbs which will make his weight around 105kgs. I feel the growing advantage we have is the level of heavyweight sparring we have in one camp all under the same team. This can only breed success for my fighters. I’m only in boxing to reach world goals and I believe by adding Eddie Chambers to our team is one more step in that direction.

We will be working with Eddie in association with Mick Hennessy of Hennessy Sports who has been part of us in professional boxing from day one, and also Frank Warren with BoxNation. So we look ahead to doing big things in heavyweight boxing in the coming years. We intend to bring exciting times for boxing fans around the world. Here is another addition to achieving that goal.”