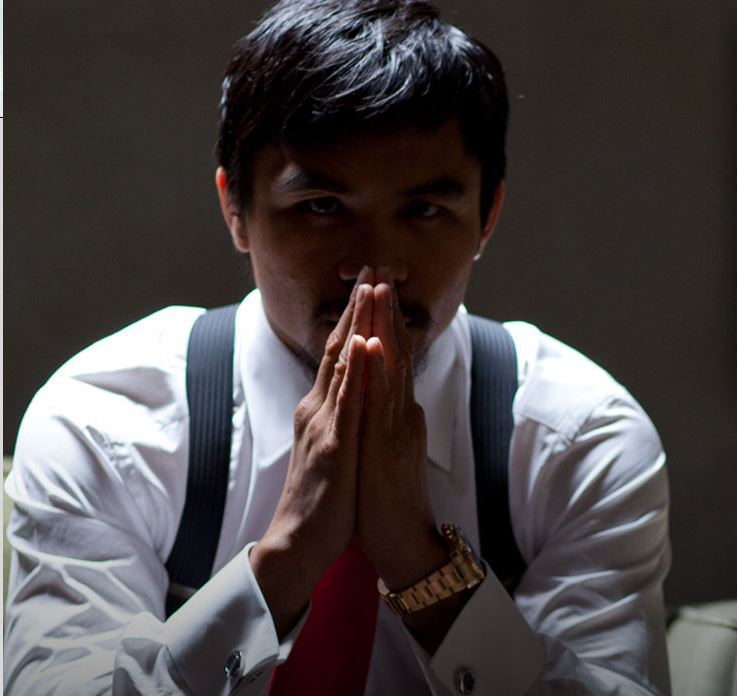 The Manny Pacquiao movie, a documentary on the fighter, politician and Filipino hero’s life called “Manny”, will be released this spring. Now, the official video trailer of the Pacquiao movie is available, offering a sneak peek at what you can expect  to see.

The Manny Pacquiao movie is actually narrated by Liam Neeson, a huge name and a great choice.

In the trailer here, you see that the movie offers a mix of Pacquiao’s youth and upbringing, his career in the ring and turn to superstardom, his life involved in politics and helping the Filipino people, and some of the hiccups and major events along the way, too.

Here’s the official overview of the Manny Pacquiao movie:

From abject poverty to becoming a ten-time boxing world champion, congressman, and international icon, Manny Pacquiao is the true definition of a Cinderella-man story.

In the Philippines, he first entered the ring as a sixteen year old weighing ninety-eight pounds with the goal of earning money to feed his family. Now, almost twenty-years later, when he fights, the country of 100 million people comes to a complete standstill to watch. The army and the rebels cease-fire. There are no cars in the street. There is zero crime. An entire country becomes united.

Regarded for his ability to bring people together, Pacquiao entered the political arena in 2010. As history’s first boxing congressman, Pacquiao now fights for his people both inside and outside of the ring. Now at the height of his career, he is faced with maneuvering an unscrupulous sport and maintaining his political duties, while still supporting his family and sustaining a personal life. The question now is, what is the bridge too far for Manny Pacquiao to cross?

So enjoy the special preview and video trailer of the Manny Pacquiao movie & documentary – “Manny”!