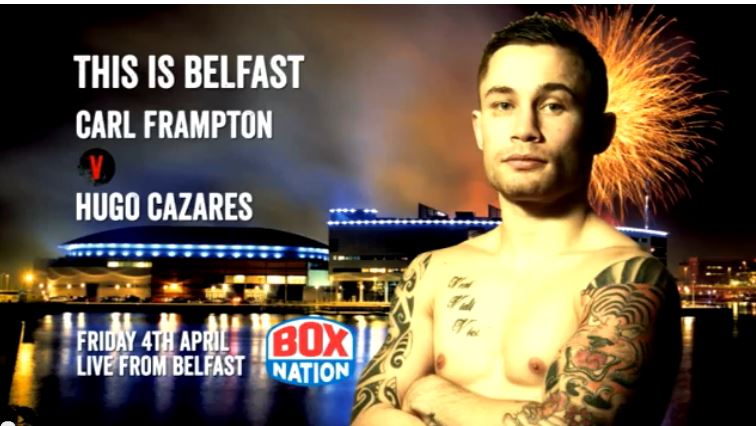 Carl Frampton’s next fight was recently announced and confirmed, as the Belfast bomber will be taking on Hugo Cazares.

It’s a huge fight for Frampton, not only because Cazares is a respected, tough veteran, but also because bigger fights are looming next. With a win, and an impressive performance, Frampton may just be able to land his much-coveted fight against Leo Santa Cruz in his next match.

Here, you can find videos of the Frampton vs. Cazares opening press conference, with statements from Frampton and his trainer, Barry McGuigan.

McGuigan is certainly confident, and he believes Frampton not only needs to win, but needs to blast Cazares out, and put on a dominant, entertaining show. Frampton is eager for the fight and concentrated at the task at hand, but he knows he’s only one fight and win away from challenging for a legitimate world title.

Enjoy the videos and interviews with Frampton and McGuigan and keep on checking back for more boxing news and updates right here with ProBoxing-Fans.com.