One of the more intriguing fights coming up before the end of the month is the Terence Crawford vs. Raymundo Beltran fight. It’s a bout for our vacant Lightweight world championship, and it’s a great clash of styles.

Right here, we have a couple of videos to help get you geared up for that event. First, we have a collection of greatest hits and highlights from Crawford. It’s a shorter collection than many other big-name fighters, because he’s so new to the world stage. But you’ll see him in there against the likes of Ricky Burns and Yuriorkis Gamboa, and his first real spotlight fight against Breidis Prescott.

Next, we have the official HBO Boxing Crawford vs. Beltran video preview and promo clip, showcasing the card on November 29th and what fans can expect to see.

Finally, we also have some photos here of Ray Beltran’s visit to ESPN headquarters. There, he Monday on “ESPN Deportes – A Los Golpes” show with hosts: Bernardo Osuna, David Faitelson and Ricardo Celis at the ESPN studios in downtown Los Angeles.  Beltran discussed his upcoming World Lightweight title fight against WBO Lightweight champion Terence Crawford, “the Pride of Omaha.”


Be sure to keep on checking back with us for more boxing news and more updates and coverage on Crawford vs. Beltran. 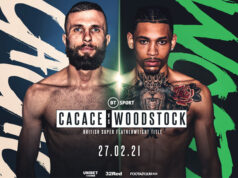 Who is next for Otto Wallin after beating Dominic Breazeale? 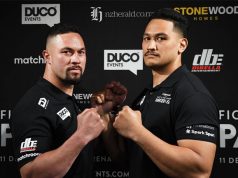