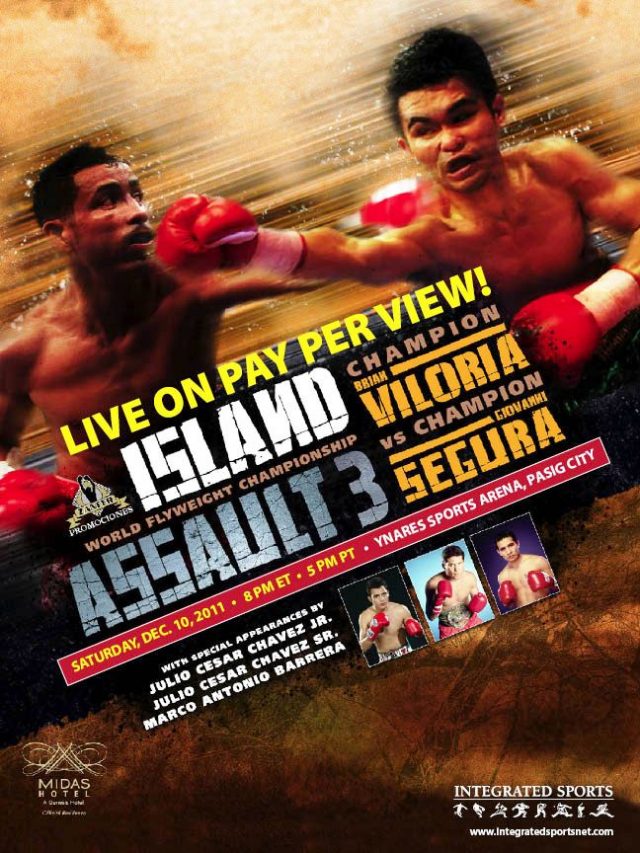 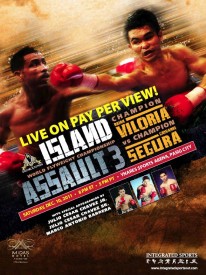 This Saturday night on Pay-Per-View live from the Philippines, Brian Viloria will defend his WBO flyweight title against Giovani Segura. The card, called Island Assault 3, will feature a number of locally based prospects and rising fighters, as well as some other noteworthy names, such as Martin Honorio.

“Island Assault 3,” presented by Zanfer Promotions and Saved by the Bell Promotions, is being distributed in the United States by Integrated Sports Media for live viewing at 8:00 PM/ET – 11:00 PM/PT on satellite pay-per-view via DISH Network , for a suggested retail price of only $29.95. Availability via on-line PPV will be announced shortly.