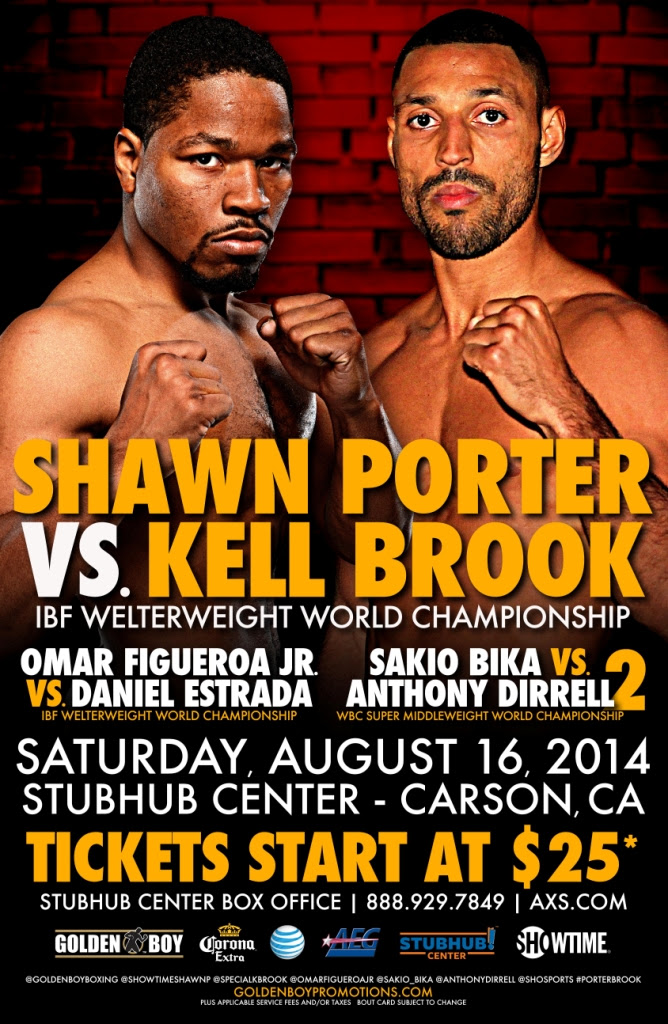 Right here, you can watch the live Porter vs. Brook weigh-in video stream. Check it out.

The Porter-Brook weigh-in video is set to begin at approximately 4 pm Eastern on Friday afternoon. The weigh-in festivities from StubHub Center will be hosted by Brian Custer and will be available in HD quality.

Porter vs. Brook is a 12-round fight for Porter’s IBF Welterweight World Championship promoted by Golden Boy Promotions and sponsored by Corona and AT&T.

In the co-main event, the WBC Super Middleweight World Champion Sakio Bika defends his belt in a rematch against Anthony Dirrell, and in the televised opener, Omar Figueroa defends his WBC Lightweight World Championship against Daniel Estrada. The event will take place at StubHub Center in Carson, Calif., and will air live on SHOWTIME 9 p.m. ET/6 p.m. PT. Preliminary bouts will air live on SHOWTIME EXTREME (7 p.m. ET/PT, delayed on the West Coast).

Be sure to check back with us later this weekend for aftermath and post-fight coverage on Porter vs. Brook and the rest of this card.