Ali Funeka Screwed Again at the Scales and In the Ring

If you’re  a 6’1″ lightweight boxer with a 72″ reach and 25 knockouts amongst your 30 victories, you would think that life must be treating you pretty well. For Ali Funeka, after a devastating knockout win over Zahir Raheem in the summer of 2008 earned him a title shot and some American television exposure, things were certainly going according to plan. But over his past three fights since that great win, one has to ask the question, what exactly did Ali Funeka do to the world to deserve so much bad karma?

His title shot was to come against Nate Campbell in February of 2009. However, Campbell was unable to make weight for the bout and therefore the title was only on the line for Funeka. Campbell earned a Majority Decision victory in a very close bout. Funeka was certainly not robbed in the encounter, however Campbell was at an advantage for being able to compete despite not having had to cut weight completely to the lightweight limit.

Campbell was not new to a weigh-in controversy in the sport. After all, he had been inactive for nearly a year following his great performance and title-winning effort over Juan Diaz because his fight with Joan Guzman, scheduled for September of 2008, had been canceled stemming from Joan Guzman’s inability to make weight. It was another unfortunate tough break in the career of Campbell, but he returned the favor to the sport when he did the same thing for his bout with Funeka. It would also not be the last time Guzman disgraced himself by not preparing for a major boxing match.

Moving on from that bout, Funeka finally got another big TV fight lined up for November of last year. The opponent was to be none other than Joan Guzman. Guzman showed up in shape and on weight, and he put on a gritty and tough performance. However, it was Funeka who dominated the encounter, punishing and battering Guzman over the course of a grueling 12 round contest. The scorecards should have showed Funeka to be a Unanimous Decision winner, with maybe 4, 5 or even more points of breathing room to spare. However, two of the judges inexplicably scored the fight a draw, and the dark world of boxing continued to work its voodoo magic on the career of Ali Funeka.

And so a rematch was scheduled for this weekend, a rematch that Guzman did not deserve and a rematch that Funeka should not have been obliged to make. Guzman decided to blatantly not even attempt to make weight for this encounter, showing up a preposterous 9 lbs over the 135 lbs weight limit! Funeka went ahead with the bout, and was rewarded with meeting a fighter packing the punch of a welterweight, with a vastly improved energy reserve because he did not have to drain himself out in the gym. The end result, a Split Decision win for Guzman, running Funeka’s record over the past 3 fights to 0-2-1.

That’s 3 fights that went against Funeka in 13 months. That’s two fighters who didn’t make weight against him, and one of the most terrible decisions in recent memory working against him as well. 0-2-1 in 3 fights.

So I ask, what did Ali Funeka ever do to you to deserve this? Who did he piss off? What life did he live previously to make the boxing Gods so angry with him and what could possibly happen next? 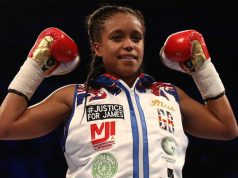 Tasha Jonas: Terri Harper Can’t Deal With The Best Version Of Me 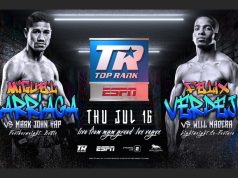 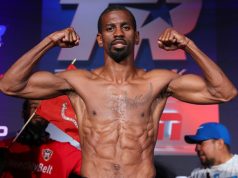