Saturday night inside the iconic MGM Grand in Las Vegas sees a rematch 14 months in the making, following a classic December 2018 first act.

Deontay Wilder (42-0-1, KO41) once again puts his WBC Heavyweight crown on the line in Sin City.

He meets old foe, Tyson Fury (29-0-1, KO20), the Lineal champion over the championship distance. BT Sport Box Office is the place to see the drama unfold in the UK, with Top Rank and Premier Boxing Champions broadcasting to a pay-per-view audience in the USA.

In the latest odds Tyson Fury remains at even money (1/1), whereas Deontay Wilder is (17/20) on some select sites reviewed by My Top Sportsbooks. The chances of a draw occurring again is priced at (20/1).

Fury is of course, a former WBA (Super) IBF, WBO and IBO champion, as a result of his impressive deconstruction of long serving former champion, Wladimir Klitschko back in November 2015, and he fought Wilder on the back of a two and a half year absence from the sport, with just two soft tune up fights as preparation.

Wilder makes an eleventh defence of the title that he won back in January 2015 in a points win against Bermaine Stiverne. Although easily hittable, only Stiverne and Fury have lasted the distance with the founding member of the “Bomb Zquad.”

Wilder and Fury’s first meeting at the Staples Centre in Los Angeles goes down in folklore, with Fury controlling the action with his superior boxing skills and ring savvy, but Wilder, not for the first time in his career, found an equaliser not once, but twice, with two big knockdowns.

The second knockdown was an absolute monster of a right hand which detonated off Fury’s head and was a certain night ender.

Tyson didn’t read the script though, and, as Wilder celebrated seemingly wiping Fury out, “The Gypsy Warrior” rose from nowhere to unbelievably make the referee’s count, and even carry on punching all the way until the final bell. 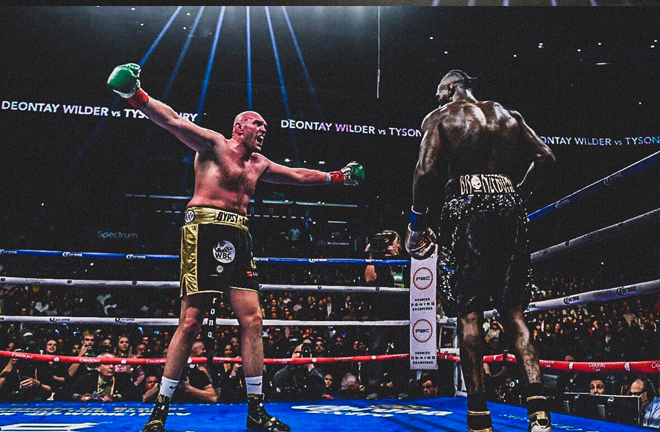 In the end, the pair couldn’t be separated, as a draw was the end verdict, a three way split was the official decision, in a fight that was difficult to give to the champion in all honesty.

A rematch was obviously a natural, but Fury has had to bide his time while Wilder has had to fulfil his obligations with two WBC mandatory challengers.

The man from Tuscaloosa, Alabama first wiped out Dominic Brezeale inside a round in May 2019, and in his last outing, he went over dangerous old ground against Luis Ortiz, again at the MGM.

Wilder, as he did in their original meeting, didn’t get out of the blocks quickly, and he allowed the Cuban to take a four point lead on two cards, and a two point lead on the third into the seventh round.

Then, again from nowhere, Wilder leapt into action, with a savage right hand turning Ortiz’ lights out to retain his title.

Since their original meeting, Fury stopped the hapless Tom Schwarz inside two rounds in June, but then got more than he bargained for against the unbeaten Swede, Otto Wallin at the T-Mobile Arena in Las Vegas in September.

Wallin opened a cut above Tyson’s eye and came dangerously close to scoring a stoppage win due to the severity of the laceration.

In the end Fury managed to box clever to take a points win, but required 47 stitches as a result of the injury. This could very well play a part in proceedings this weekend.

Fury has also decided to part ways with trainer Ben Davison ahead of the rematch, the man credited with Tyson’s dramatic weight loss and remoulding back to his best.

Instead Fury turns to Javan “Sugar” Hill Steward, a graduate of esteemed trainer Emanuel Steward and the world famous Kronk Gym. Wilder will again be trained by another Kronk product in Mark Breland.

A clear winner in this one could finally open the doors to a too long overdue unification of all four major belts down the line, with Anthony Joshua of course holding the remaining three WBA (Super) IBF and WBO straps, as well as the IBO crown. 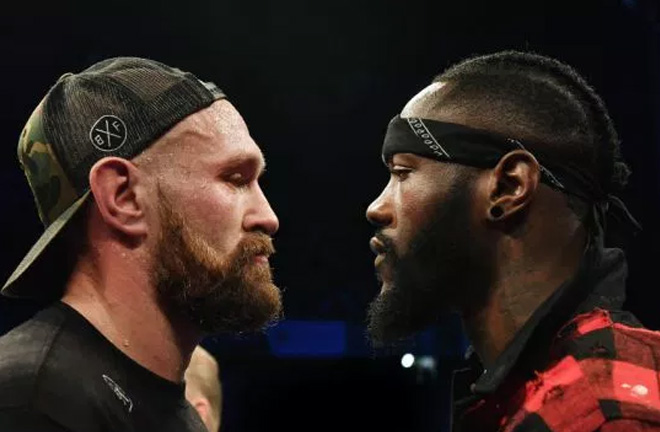 Prediction: This is such an intriguing match for so many reasons, and there are so many permutations to take into account.

Fury’s cut only taking place a matter of months ago is a concern, and this could possibly be easily opened up again by the wild, slashing hands of Wilder.

We know Wilder has that one punch knockout power, and is up there with the heaviest handed punchers that the Heavyweight division has ever seen, and he always has confidence no matter how far he is behind in a contest to turn things around.

Fury boxed beautifully in their original meeting, but fatally switched off twice to give Wilder an avenue back into the contest.

I don’t see Fury making that mistake again. If he can box smart, befuddle Wilder with his movement and stay out of the pocket, I think Fury can famously triumph on the cards.