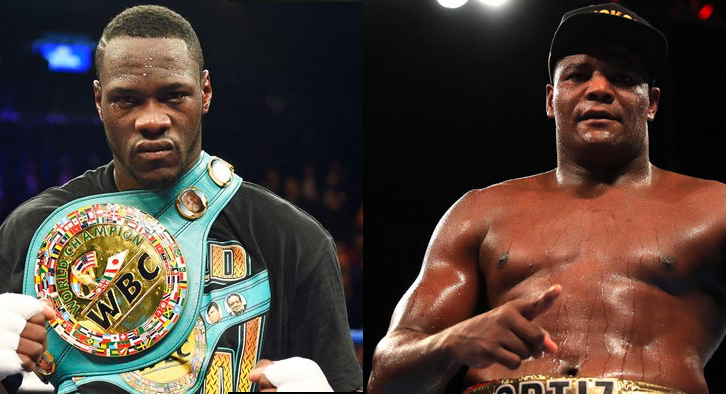 With news that Anthony Joshua will be taking on mandatory challenger, Kubrat Pulev, at the end of October for the Heavyweight titles, it looks likely that WBC Heavyweight champion, Deontay Wilder, will take on Luis Ortiz, as reports of negotiations have begun between both parties for a title fight on 4th November 2017.

Wilder, was to face off against mandatory challenger, Bermane Stiverne, who gained his WBC mandatory place in January, after his title fight against Alexander Povetkin was cancelled due to Povetkin taking performance enhancement drugs. But since then, according to ringtv.com, WBC president, Mauricio Sulaiman, intervened over talks between Deontay Wilder’s promoter Lou DiBella and Bermane Stiverne promoter Don King.

Luis Ortiz is already the WBA mandatory challenger to Anthony Joshua but word is that he could be removed due to the clash with Wilder, and the World Boxing Association may believe that if Ortiz loses, he shouldn’t still be the mandatory challenger. The route looks to be for Ortiz to defeat Wilder and then defeat Stiverne before a title clash with Joshua would be occur.

Will Bermane Stiverne take the step-aside money and allow us to see Ortiz vs Wilder? We shall all await his decision very soon.

Who do you want to see take on Anthony Joshua? Give us your thoughts!