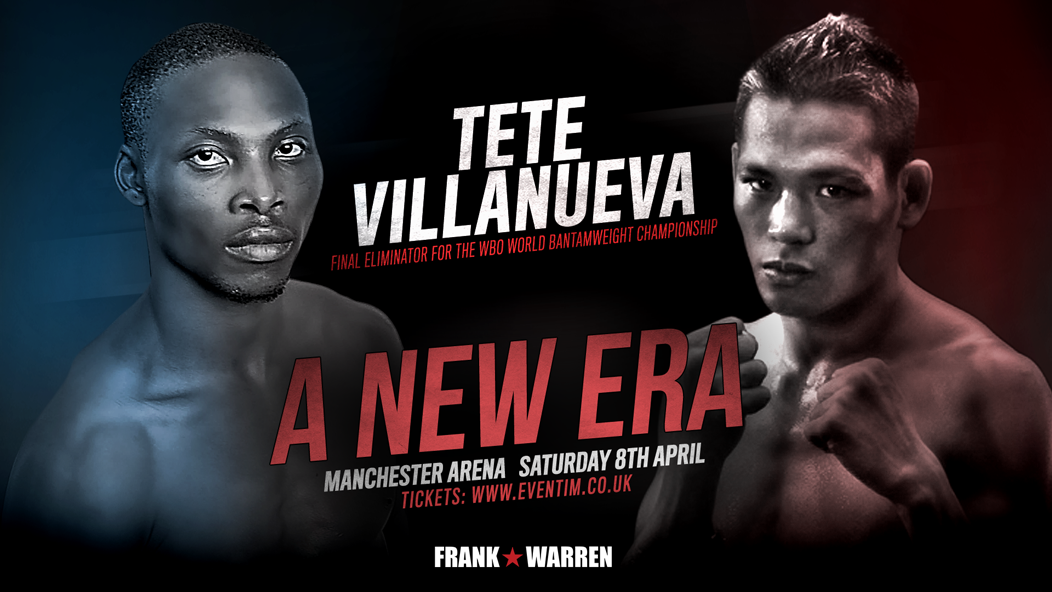 Zolani Tete will meet Arthur Villanueva in a Final Eliminator for the WBO World Bantamweight crown at the Manchester Arena on Saturday April 8th. The former IBF Super-Flyweight king is determined to become a multi-weight World Champion and wants to be remembered as the greatest ever South African boxer.

‘Last Born’, 28, is one of the most explosive punchers in the 118lbs division, boasting 20 knockouts in 24 career wins – 12 coming inside the first round. Regarded as one of the most clinical southpaws in the world, Tete is promising another world class performance for his fans in the UK.

28-year-old Villanueva, from the Philippines, holds a top record of 30-1-0 with 16 knockouts to his name. His lone loss came against former IBF Super-Flyweight Champion McJoe Arroyo in his first attempt at a World Title back in 2015.

Known as ‘King Arthur’, the current WBO Asia-Pacific Champion is coming off the back of a stunning second round knockout against Mexican rival Juan Jimenez in California.

“I want to be known as one of the best fighters in the world and clean up the rest of the belts, but first I have to get my hands on the WBO Bantamweight title and to do that I need to beat Villanueva.

“From what I have seen of him I can tell he’s a strong fighter and hopefully he will put up a good fight against me but Zolani Tete will be victorious on the night.

“I’m delighted to be returning to the UK. It’s a great feeling and I won’t disappoint my UK fans; I’m going to put on an exciting show like always.”