Point/Counterpoint for Mayweather vs. Alvarez:

With the mega fight between Saul “Canelo” Alvarez and Floyd Mayweather Jr. looming months off in the distance, there has been much discussion regarding the prospects of this very interesting matchup and its outcome.  Lines in the sand are being drawn and many fans and pundits are passionately discussing which side of the battle line they fall on. In that spirit, we offer our own “Point/Counterpoint” for the upcoming Mayweather vs. Canelo tilt.

Take a look at 5 reasons why Canelo will, or won’t, defeat Mayweather, and see which side of the fence you fall on.

So who has made the stronger case here? Is Alvarez’s power, youth and size too much for Floyd? Or is Mayweather really at another level in terms of skill, speed and elusiveness? Is Canelo strong enough to slow Floyd down? Is he mature enough to understand, construct and execute a winning game plan? Or is Floyd still just too good?

Any way you slice it, this is a very intriguing matchup and certainly one that will be discussed with vigor in the next few months leading up to this huge event. We won’t get the answers to these questions until we finally get to see the two men square off in the ring against one another on fight night. 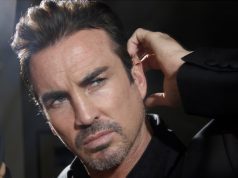