It wasn’t just Kell Brook who made a return to the ring after some time out. Anthony Yarde made a low key yet calculated return to action in a four rounder in Spain last night.

Yarde was last seen in an up and down thriller in a bid for the WBO Light Heavyweight title last August, but was stopped by Sergey Kovalev late on. Under WBO rules, a fighter can’t challenge for their belt when coming off a loss, and with Saul “Canelo” Alvarez giving up the belt that he took from Kovalev, Yarde is being lined up to contest the vacant belt or at least take part in a final eliminator.

That fight is mooted to be taking place on the Daniel Dubois v Joe Joyce bill at the O2 Arena in April, so Yarde first had to ensure a win to make the World title fight a possibility.

The Memphis nightclub in Madrid was the setting for Yarde’s comeback, and he duly despatched the 4-48-3 Columbian journeyman, Diego Jair Ramirez inside two rounds. Body shots on the ropes dropped Ramirez, and although he bravely rose, once Yarde trapped him again on the ropes a switch from body to head forced the referee to call a halt to the fight. 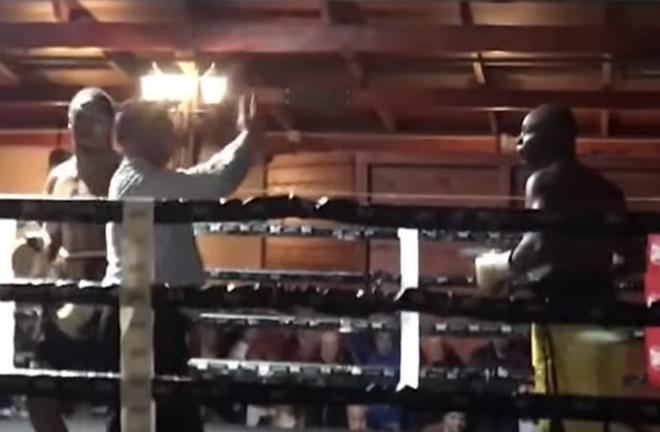 The WBO had called a mini tournament for the vacant belt, with Gilberto Ramirez v Eleider Alvarez and Umar Salamov v Maxim Vlasov ordered. Rumours are now abound that Ramirez is about to withdraw, with Yarde on hand to step in as a replacement.

The picture should all become clearer in the coming weeks, and with Yarde’s promoter Frank Warren historically enjoying a good relationship with the WBO, the signs point to another shot at the title for Yarde soon enough.

WATCH THE FULL FIGHT BELOW: