2019 has seen Matchroom Boxing branch out into various parts of the world, and this Thursday night sees the launch of a Spanish venture, with two European title fights spearheading the card in Barcelona.

David Avanesyan (25-3-1, KO13) is swiftly climbing the Welterweight ranks again after a failed attempt at the WBA world title back in 2017. “Ava” is Russian born, but bases himself in Newark, Nottinghamshire during camp, as he works alongside his trainer Carl Greaves.

Avanesyan, who was scheduled to face Josh Kelly last December before the Brit pulled out through injury, makes the second defence of the European Welterweight title on the bill in Catalunia, and shouldn’t have too many dangers against Majorca resident, Jose Del Rio (29-8-1, KO7).

The 31-year-old turned professional back in 2009, and suffered defeat in just his second outing against Andrey Klimov over six rounds. He would then go 22 unbeaten, including impressive points wins over former world title challenger Kaizer Mabuza and he picked up the interim WBA belt in May 2016 against a faded version of Shane Mosley with a comfortable points victory.

This paved the way for a shot at Lamont Peterson’s full WBA title, but Avanesyan would be denied on the scorecards. 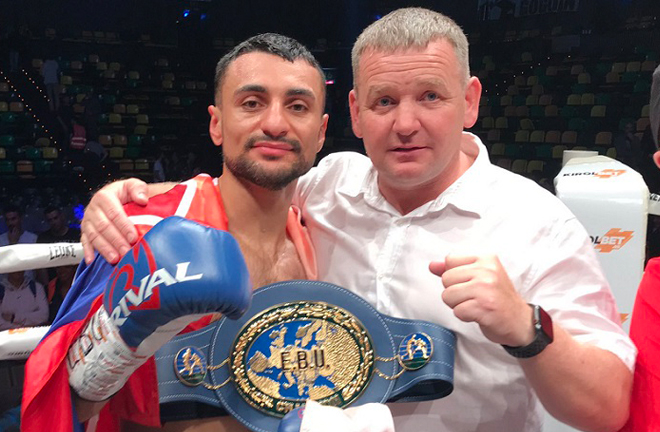 Two fights later, he was stopped on his feet by Egidijus Kavaliauskas in six, with his career coming to a crossroads. Kavaliauskas challenges Terence Crawford for the WBO world title at Madison Square Garden this weekend.

After a thirteen month break, David returned to action against the feared puncher, Kerman Lajarraga in Bilbao in March this year in a challenge for the European crown.

Although behind on the cards, Avanasyan broke the home fighter down to record an impressive ninth round stoppage. Lajarraga activated an immediate rematch in September, and found Avanesyan in even better form this time. David dropped Lajarraga twice in the opening session before stopping the Spaniard in the same round.

His 34-year-old opponent on Thursday, Jose Del Rio has had a patchy career, littered with regular defeats, and is 3-2-1 in his last six appearances.

We’re heading to Barcelona this Thursday for a double header of European Title action! 👊

He has only been stopped once in those eight setbacks, however with recent Sam Eggington victim, Orlando Fiordigiglio knocking Del Rio out in two back in January 2015.

He has been the ten round distance with the previously mentioned Kerman Lajarraga, and has twice unsuccessfully challenged for the EU version of the Welterweight title.

His last attempt was in December 2018, when Jordy Weiss widely outscored him in France. He returned in March with a routine six round points win against Sam Omidi in Mallorca.

Prediction: Avanesyan is going from strength to strength under Carl Greaves, and he shouldn’t encounter too many difficulties from Del Rio. I expect the Russian to pile the pressure on from the middle rounds, and force a stoppage just after the halfway mark.

The second European title offering is a well matched one. The Super Lightweight champion, Sandor Martin (35-2, KO13), based in Barcelona, defends his belt for the first time against the durable and dangerous Malmesbury man, Joe Hughes (17-4-1, KO7), who has previously held the title having won it on the road in November last year.

26-year-old Martin turned professional in 2011 as a teenager, and would be defeated in his 16th paid contest, Alex Lepelley winning an eight rounder on points. 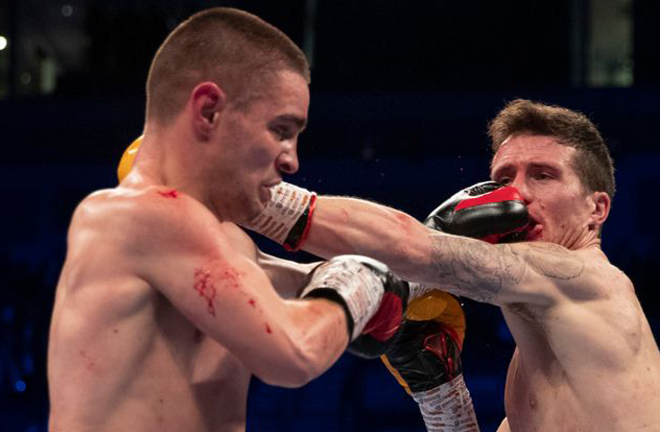 His only other reverse came in September 2017, losing on points in a challenge for the European title against Anthony Yigit in Sweden. Martin is six unbeaten since, and picked up the vacant European belt in July this year, when forcing Andrea Scarpa to retire after nine one sided rounds.

Hughes has regularly been matched tough, and has losses on his record in decent company against Jack Catterall, Anthony Yigit and Robbie Davies Jr.

He won the European strap in November last year in Italy, deservedly winning a split decision against common opponent Andrea Scarpa. I

t should have been a unanimous decision, as Hughes brilliantly worked off the counter, and negated what the Italian had to offer. He dropped the crown in his first defence while also challenging for the British title in March, with Robbie Davies Jr outscoring him in a high quality affair.

Prediction: The worry for Hughes here is being on the wrong end of a hometown decision, and it’s a distinct possibility. Hughes is a pressure fighter, has a great engine, and will look to unsettle the home favourite early on. I think Martin will have enough success to take a tight win on the cards.

Sky Sports televise in the UK, with DAZN the worldwide broadcaster.