Andy Ruiz correctly predicted that Anthony Joshua would try to outbox him the second time around which he did by putting on a clinic to reclaim the IBF, WBA, IBO and WBO heavyweight titles in Diriyah, Saudi Arabia.

We’ll take a look at Joshua’s options as he contemplates his next move as a two-time champion.

Why not? Both fighters seem genuinely interested per post fight comments following the rematch and it could be enticing to see who breaks the 1-1 split tie. On the other hand, the British star’s utter dominance the second time around may have left the boxing community with little appetite to see these two sharing the same ring again.

Ruiz did himself no favors by carrying too much weight coming in at a career-high of 283 pounds and just simply couldn’t compete with Joshua’s long jab and constant movement on Saturday. Joshua made it look incredibly easy because he executed the right game plan and you have to wonder if even a leaner Ruiz would have made any difference.

The real shame lies in the fact that Ruiz admittedly did not train hard enough which is a great disservice to boxing fans, who tuned in to DAZN in the US and pay-per-view in the UK to see a much-hyped bout. It basically indicates that you don’t care to train appropriately and put in the necessary effort to give a good performance.

The fighters could still meet down the road but an immediate trilogy seems very unlikely as the now two-time champion weighs his options. Ruiz would do well to re-discover the discipline that enabled him to campaign at world level. Hopefully, the former unified heavyweight champion doesn’t just fade away into obscurity and can still put together some decent fights to place him back into title contention.

A logical opponent would be Dominc Breazeale. Both men are coming off losses but it’s a potential high-profile bout and very winnable for Ruiz. An impressive performance would go far to keep his name in world championship conversations. 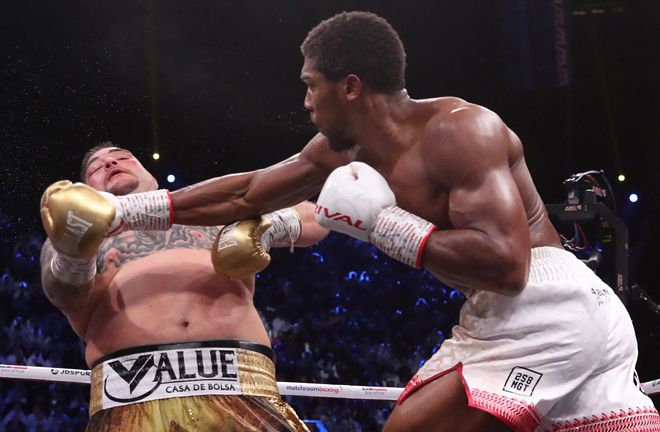 Soon after Joshua exacted revenge upon Ruiz, the WBO president announced that he would have 180 days to make his defense against dangerous mandatory challenger Oleksandr Usyk (17-0, 13 KOs).

If Joshua does not agree to meet the Ukrainian former cruiserweight ruler before then, he must vacate the title which sabotages the Englishman’s hopes of eventually adding Wilder’s WBC crown to his hardware collection.

It also further splinters the heavyweight championship by potentially setting up an undesirable title eliminator between Usyk, Dereck Chisora or Joseph Parker. Joshua himself appears keen on preventing this development. Speaking at a press conference after the win over Ruiz, the 30-year old said he would have no problem facing Usyk next.

Usyk easily won his heavyweight debut against Chazz Witherspoon in October and could give Joshua some real problems with his sublime boxing ability. However, Usyk is also small for the division and did not show great power in that contest.

Pulev has kept busy with decent wins over Bogdan Dinu and Rydell Booker but his promotion team at Top Rank hasn’t really pushed for this fight given the cordial collaboration between Bob Arum and Eddie Hearn.

Joshua is the clear A-side over the 38-year-old Bulgarian and there’s a sense that this fight could be tabled for now so that the champion can take care of his WBC mandatory first.

In fact, it was already known that Joshua would have a post-fight dilemma, with two mandatory challengers upon winning the rematch and that will probably be the first move during his second reign. 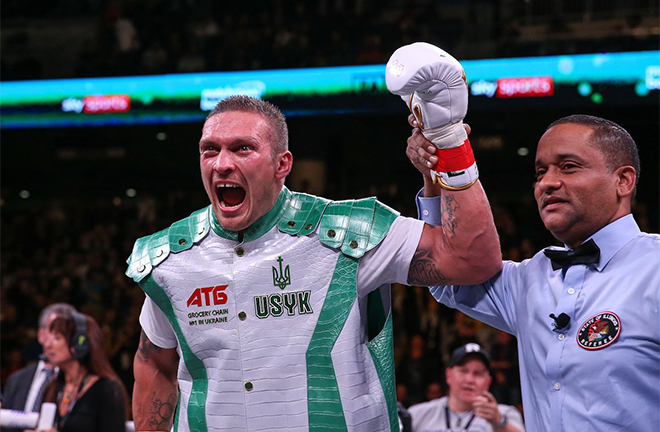 There’s a bit of history between the two fighters dating back to 2015 when Joshua dealt Whyte his only loss in an exciting thriller at the O2 in Greenwich. ‘The Body Snatcher’ previously beat Joshua as an amateur in 2009.

With Joshua slated to fight again in March at Cardiff’s Principality Stadium, the stage could be set for an epic rematch between the pair ahead of Joshua’s mandatory with Usyk [and if Pulev steps aside].

If not, these two probably won’t meet again until 2021 but so much could happen in that vast timespan and there’s no guarantee that Whyte will continue to wait for his opportunity.

The Jamaican-born British boxer is expected to be re-installed as the mandatory challenger to WBC titlist Deontay Wilder after the recent dismissal of doping charges that once threatened to derail his career.

Joshua seems to relish the idea of return bout with his old nemesis.

“It would be better against another Brit but, if not, I will follow my mandatory and crack on that way.

“The work begins again because around March I’ll be defending those titles again.

“I’m already focusing on my next fight.” 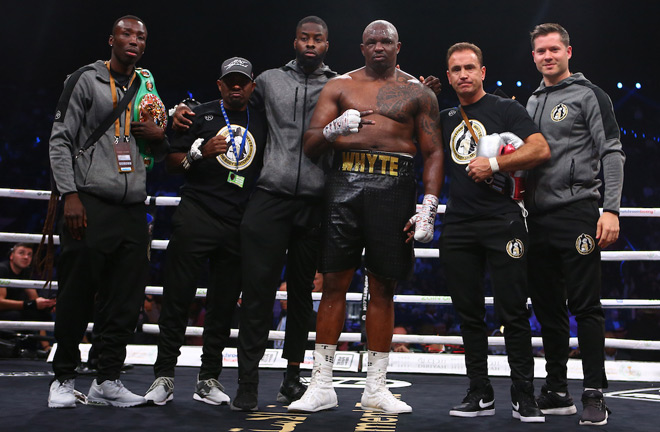