You see all these kids lifting weights. Being chiseled isn’t physical fitness. Look at me – my body isn’t chiseled, but I’m the fittest guy around. Those fighters with beautiful bodies always seem to end up on the canvas in front of me.

Two great conceits tend to mark those who are ignorant of both their past and their present: either the modern era is better in every way, or the past is full of glories that have been lost making modern people somehow lesser people. This article will focus on the former, those who believe that because some sports have experienced revolutionary improvements, boxing must somehow be automatically and radically improved as well, producing “stronger, faster, bigger and better” athletes through supposedly scientific, modern training methods.

One of the lessons from comparing boxing in the 1930s and 1940s to both the sport as it is practiced today and other professional sports at the time is how little has changed, especially relative to other sports. Relative to boxing, many professional sports in the 1930s were marked by training that could only be described as amateurish. Those sports later had periods where records fell like dominoes because they were open to sudden revolutions.

Boxing, by contrast, was a relatively mature sport by the Depression era. That is not to say the sport has not evolved, quite the contrary. However, modern boxing has not had a Lance Armstrong who turned training, equipment and strategy upside down because that very revolution had already taken place decades ago.

The fallacy of modern techniques somehow being both truly modern and therefore better is at its most obvious in weight training. The idea that old school boxing was absolutely hostile to lifting weights is a myth. Those old school gyms had a surprisingly modern, scientific attitude towards weight training, usually viewing it as part of a spectrum of resistance techniques.

What the trainers of yesteryear also understood is that when improperly used, weights can tighten muscles and add useless bulk. Resistance exercises like pull-ups and push-ups were therefore usually safer, while banging the heavy bag perfected skills and killed two birds with one stone. Weights sometimes had their place, but much like today were not a cornerstone of the standard boxing regimen. Many modern boxers — especially those in lower weight classes (a subject routinely and rather conveniently ignored by the “bigger, better, stronger and faster” types) do without them altogether.

The problem is when a boxer attempts to become bigger through weightlifting, rather than stronger or tougher through resistance training in general. Men can become enormously strong through old fashioned resistance training, but few ever achieve a beautiful body or gain substantial mass by doing so. When the point of lifting weights is to add mass, it must be done very carefully and very scientifically, and this is what most proponents of “modernity” and “today is bigger, better, faster and stronger” manage to miss in their willful ignorance. When Evander Holyfield set out to gain a mere 10 lbs. of muscle mass for his rematch with Riddick Bowe, he did so under carefully controlled conditions and it took him damn near a year to do so.

Many modern fighters — especially in the heavyweights — simply hit the gym and lift like a body builder, fooled by the ignorant mantra that the old ideas are wrong and thereby gaining 25 quick pounds of absolutely useless muscle in the process. Think of Chris Byrd, who bulked up from 170 to well over 210 lbs. in the space of just one year, but was never able to sustain any of the power he wielded as an amateur. He remained quick, but lost some of his foot-to-leg fluidity along the way.

It is widely agreed that by bulking up in just a few months for his fight with John Ruiz, Roy Jones, Jr. ruined his reflexes. Shannon Briggs bulked up from 225 lbs to 260 lbs with no noticeable improvement in power, but some loss of stamina, no doubt from having to haul around the extra 35 lbs. Examples of this kind of foolishness abound in modern boxing, especially among the heavyweights. 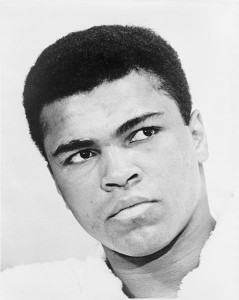 Another way to look at the pros and cons of weightlifting is to approach it in reverse. Take Muhammad Ali, certainly the speediest heavyweight of all-time. Weight lifting played no part in his regimen whatsoever, and as a mature man he stood about 6’3″ tall and weighed around 220 lbs. That size is still normal today, so does anyone seriously believe Ali would be markedly improved by a supposedly modern program of “strength training” to add another 15 to 20 lbs to his frame?

Furthermore, if one studies Ali’s training program, it is striking how much in common it has with the program used by those doctors of sports science, the Klitschko brothers (who, incidentally, are products of the very old school Soviet boxing program). The Klitschkos lift weights, but not in the same way Briggs and others do, and only during the first three weeks of an eight to ten week training program. Furthermore, in an old school move that rugged warriors like Julio Cesar Chavez would appreciate, the Klitschkos favor sparring over roadwork.

The “bigger, better, faster, stronger” crowd usually tries to prove their point through misunderstood or ignorant pseudo-science rather than the real thing, much like the revisionist historians who claimed that the 5 1/2-foot tall, 125 lbs ancient Greeks could never have fought in 80 lbs of bronze and iron simply because those academics weren’t doughty farmers themselves and were too arrogant to conduct tests.

Another example are the running science types who insist that modern running shoes are essentially to preventing injuries, while desperate to sell those shoes and ignore the Tarahumara Indians, the Gurkhalis or the Bushmen in Africa. These people can run all day barefoot or wearing thin-soled sandals without a hint of trouble. Furthermore, how about all those people in the era before Nike, who were in high impact sports such as basketball, tennis and running and wore Converse sneakers or the equivalent? If you truly believe the mainstream sports “science,” modern man might be faster and stronger, but he is also dramatically more fragile.

Likewise, a commentator on my Golden Age vs. Modern Age article produced this excellent article by Michael Fisher as proof that modern fighters are “bigger, stronger, faster and better” without either really trying to understand Fisher or my even own point. Although there are some serious flaws in Fisher’s statistical methodology, his point that big men are not necessarily slow men is perfectly valid.

However, my point had absolutely nothing to do with that, but was instead that body building bulk makes a fighter slow. Even worse was citing Mayweather’s climb in weight classes, as if Mayweather had hit Gold’s Gym and put on 20 lbs of muscle in 10 weeks instead of over the course of 10 years. Furthermore, weightlifting does not figure prominently in the workouts of either Mayweather or fellow division-climbing speedster Manny Pacquiao, and studying their routines only reveals how similar their workouts are to those of past greats.

Boxing has changed over the course of the 20th Century, and will continue to do so in the 21st Century. The sport has forgotten a few tricks along the way, but gained a few tricks as well, and by and large it has progressed. What boxing has not done is experienced the same kind of paradigm-shifting sports science revolution that has marked so many other professional or Olympic sports. The reason is simple and manifest: boxing is the sweet science, and as such was already both highly efficient and systematic in its approach at a time when most other sports were amateurish and haphazard.