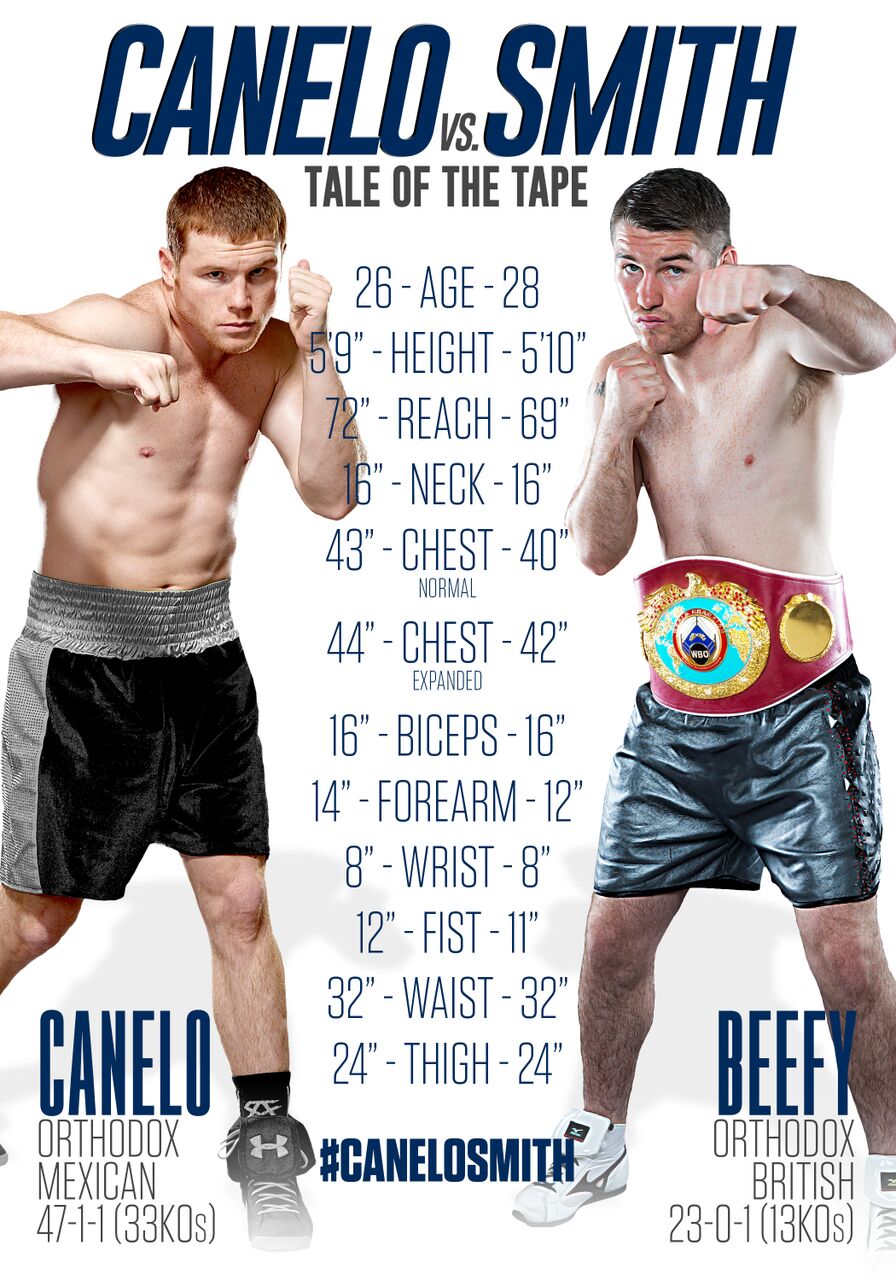 On Mexican Independence Day Weekend, Saturday, September 17, 2016  Canelo Alvarez (47-1-1, 33 KOs) and WBO Junior Middleweighttitlist Liam “Beefy” Smith (23-0-1, 13 KOs) face off in  at AT&T Stadium in Arlington, Texas. Right here, we have the official Canelo vs. Smith Tale of the Tape, from Golden Boy. 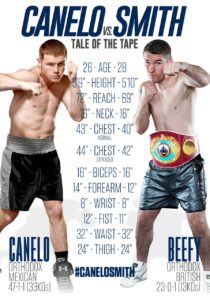 It’s definitely interesting to see how these two stack up against each other. Smith has an inch of height advantage, but very telling is Canelo’s three inches of reach advantage despite that. In all other areas, the two are either equal, or Canelo has a slight measurable advantage.

Produced and distributed live by HBO Pay-Per-View beginning at 9:00 p.m. ET the 12-round will aim to bring fireworks to Texas. Ahead of the Canelo vs. Smith fight, we take a look at how the two fighters measure up with the ‘Tale of the Tape’.

Tickets are priced at $40 to $750 from Ticketmaster, and walk up purchases are available at the AT&T Stadium Box Office.

Canelo vs. Smith, a 12-round fight for the WBO Junior Middleweight title, is promoted by Golden Boy Promotions in association with Frank Warren and Canelo Promotions.

Gabriel Rosado vs. Willie Monroe, Jr. is the co-feature, with the undercard also showcasing Diego De La Hoya vs. Luis Orlando Del Valle, and a fight with unbeaten Jospeh Diaz.