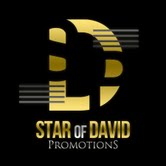 Dmitriy Salita is proud to announce a new talent is coming aboard. Serdar Hudayberdiyev, a 2012 Olympian for Turkmenistan, and junior welterweight prospect, is now in the fold. He carried the flag for his country at the Olympics, and Salita expects him to make as much progress, if not more, in the professional ranks.

“He will connect with his community as well as the Russian speaking community in NYC and he is looking forward to representing his people,” Salita said.

Fans can expect to see a seasoned product in his professional debut that will come this summer.

The 28-year-old boxer, named the 2009 Best Athlete of Turkmenistan by the State Committee of Tourism and Sport, is light on his feet and aggressive. He can lead or counter. He has been working on firming up his jab and setting down on his punches.

He is coming off an impressive showing at the Asian Games in Korea. His nation holds him in high regard and has immense hopes for him. He currently is the only professional boxer hailing from Turkmenistan.