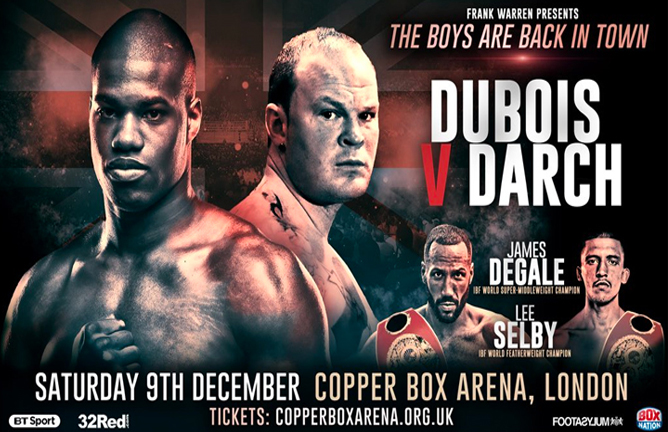 British boxer, Daniel Dubois, 20, will take on Dorian Darch on the 9th December 2017 at the Copperbox Arena on the same night that James Degale and Lee Selby will defend their titles.

Dubois has been touted as an up and coming star and boasts a record of 5-0, 5 KO’s, though this could be his toughest challenge yet.

The 20 year old defeated AJ Carter in his last fight in September within 48 seconds, and claimed the Southern Area title.

Frank Warren, Dubois’s promoter, believes him to be the the best heavyweight he has seen in British boxing.

Speaking on Alan Brazil’s Talksport Breakfast Show, Warren said, “I try not to go over the top but I personally think, at this stage of his career, he is the best heavyweight I’ve seen in British boxing in my time in boxing.”

If Dubois defeats Darch, then the Southern Area champion could be in for a clash with Nick Webb (11-0, 9 KO’s) as the British Boxing Board of Control (BBBoC) put the contest out to purse bids.