They unbeaten giants will collide in an explosive 12 rounder at The O2, London on Saturday April 11, live on BT Sport Box Office, in one of the biggest fights in world heavyweight boxing.

To launch the biggest domestic clash of 2020, the London rivals appeared on Good Morning Britain, where Dubois (14-0, 13 KOs) told his enemy: “I’m going to put you to sleep, bring your sleeping bag.”

Joyce (10-0, 9 KOs) snapped back: “He’s going to get knocked out. All my opponents have had winning records, who has he fought?”

The pair then went on to morning radio at Talksport where the hostilities continued and the pair faced off on balcony of The News Building in front of a stunning London skyline. 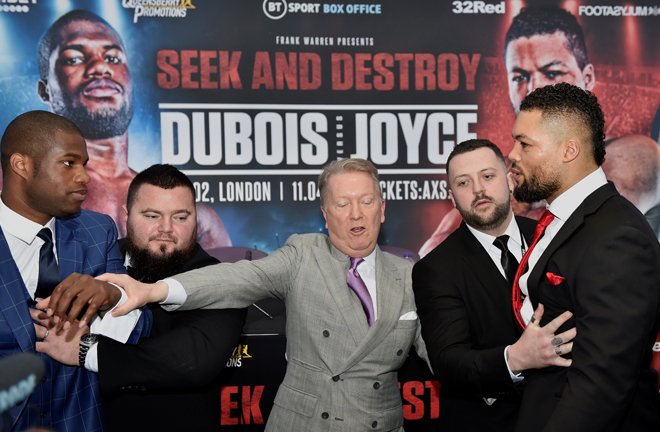 The pair then appeared at a packed press conference in London’s West End at BT Tower. Tension mounted and in a heated face to face, verbals were exchanged followed by Daniel Dubois shoving Joe Joyce and security being forced to step in.

Here are a selection of quotes from that event.

“It’s a fantastic fight with two undefeated heavyweights fighting each other in the early stages of their professional careers. How often does that happen? It’s quality, quality all the way through. These are big powerful heavyweights with dynamite in each hand.

“When they let punches go anything can happen. That is why it is a sensational fight for the fans. What is at stake? The winner will become a mandatory challenger for a world title.

“We’ve got a very busy eight months. Anthony Joshua has two mandatories, Tyson Fury fights Deontay Wilder on February 22 and they will have a rematch if the loser decides he wants one.

“By the time that dust settles, Daniel or Joe will be a mandatory challenger.

“The winner is looking at a world title fight inside a year and that is why this fight is happening.

“These fighters have self-belief and are putting it on the line. It is a special fight. Joe did the country proud with his Olympic silver medal, but Daniel is the new kid on the block.”

“I am confident in myself. He’s going to turn into an old man in the ring. You’re going to see him deteriorate, big time.

“He is making statements but I will prove myself to the world. I see a massive target and I’m gonna let loose.

“I am going to dominate, move up the ladder and all his fans will become mine after the fight.

“He is getting destroyed — knocked out. This is a new chapter, the next step in my career.

“I have got to move through Joe, take him out in good fashion and move onto the world.

“My Dad set me on this journey when I was a young kid and these are the nights we speak about every day.

“He is going to sleep and taken out in devastating fashion. He will need that sleeping bag.

“I won’t miss him because he will be there and he’s getting wrecked. Joe is going down.”

“It is massive fight and I can’t wait to knock him out, simple as that.

“I have experience and who has he fought? I have been to The Olympics and picked up wins against really good opponents. 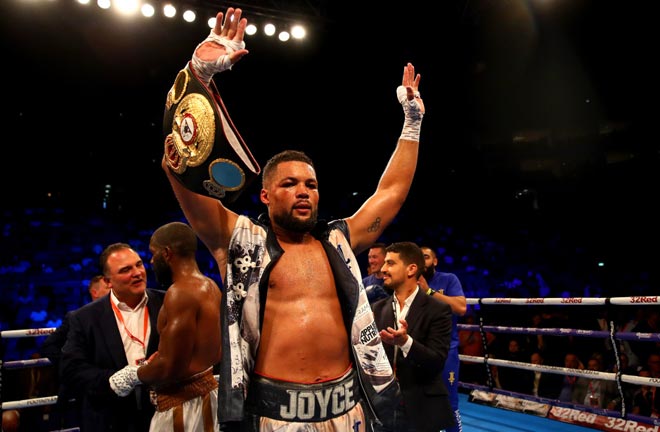 “I didn’t box Daniel last year because he brought nothing to the table then, he does now.

“It is important to have belief and I believe I am going to do the job. Daniel is not ready for me and he’s going to find that out.”

“Who has Daniel beaten? Look who Joe has beaten amateur and pro. Daniel isn’t ready for this and he won’t avoid the iceberg.

“Joe is confident in taking this guy out. Daniel has potential and can come back, but he will unravel like an Andrex roll in this fight.

“He has never been hit on the whiskers and Joe will be landing big shots. Joe is going to train in Las Vegas where there are the best facilities in the world. 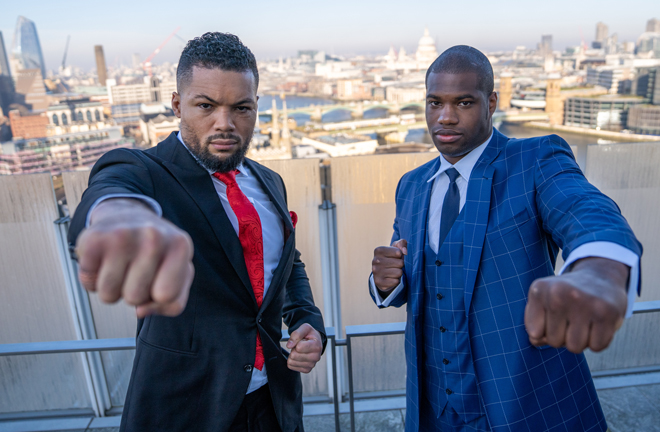 “There has been zero fallout with Adam Booth, but Joe is best when he is away from home training.

“Joe needs to show more and so does Daniel. This is a Fight of the Year candidate and someone is getting knocked out, simple as that.”

Tickets are now on sale via AXS.com and Ticketmaster.co.uk