Michael Seals in a potentially explosive 10-round light heavyweight main event on ESPN that did not quite live up to its forecasted billing.

The two punchers went head-to-head at the at the Turning Stone Resort and Casino in Verona, New York but it was Alvarez who eventually emerged victorious, scoring a devastating seventh round TKO.

The punch dropped the Alabama native hard with his head bouncing off the bottom ropes. Seals was clearly out as he lay motionless for several seconds and did not start to come around until the referee’s count of 4. Badly hurt and obviously unfit to continue, the fight was called off before the count of 10.

It was a nice comeback win for Alvarez who had not fought in nearly a year since being soundly out boxed by Sergey Kovalev in their rematch. It was later revealed that the Colombian fighter had suffered an Achilles injury before the fight which may have hindered his performance on that miserable night.

Known as a scary puncher with a good right hand, Seals rarely landed it and struggled mightily to mount a sustained offense throughout the entire bout.

Both fighters fought tentatively in the early rounds with neither willing to let his hands go. In fact, there was such little action that fans began booing during the third round as the fight devolved into a glorified sparring session.

Despite the lack of action, Alvarez remained steady and methodical even if he was not very effective. He would gradually take over the bout as the fight wore on.

Ring rust was certainly a problem for Alvarez as he landed just 49 punches in the fight. Seals performed worse by landing 32 shots of his own and was taken past the sixth round for the first time in his career, having previously scored 13 first round KOs.

The loss snapped a four-fight winning streak for the 37-year-old Seals, a former football player. His previous losses came at the hands Edwin Rodriguez and Michael Gbenga.

Top Rank boss Bob Arum hinted that Alvarez could face former top contender Joe Smith Jr next for the vacant WBO light heavyweight title previously held by Canelo Alvarez, who vacated it shorty after defeating Kovalev. Smith Jr mauled Jesse Hart a week ago in an elimination bout to put himself back into world title contention. 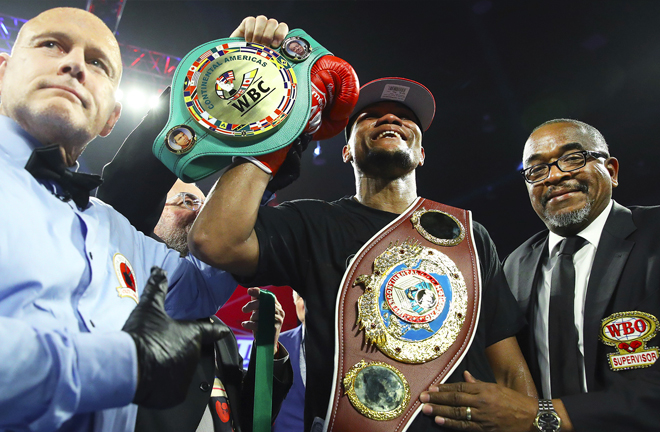 Alvarez appeared reflective in his remarks following the win:

“I was out of the ring for 11 months. I wanted to come back as the fighter who beat Kovalev, and that’s what we prepared for with this fight.”

Despite the lackluster performance tonight, Seals was the perfect opponent for Alvarez because he looked good on paper but lacked considerable experience against high caliber opponents and it cost him.

Storm proved that he has true knockout power and finds himself back among the elite within a packed division at 175 pounds.

Catch up on the other fight results from Saturday night here.