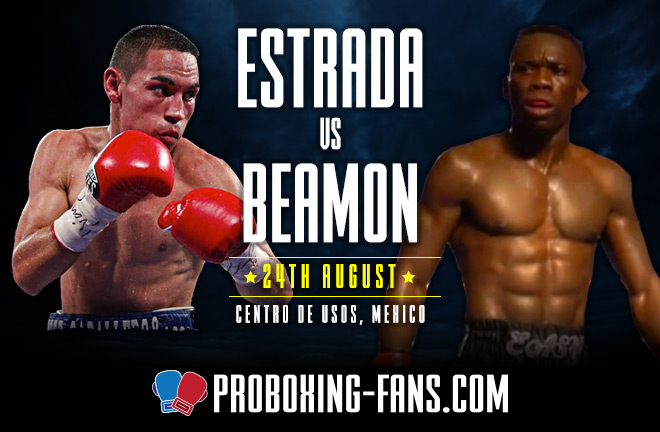 Juan Estrada will defend his WBC and Ring Magazine super-flyweight titles against challenger Dewayne Beamon on Saturday, August 24 at the Centro de Usos Multiples in Mexico. The event will air live on DAZN in the US and on Sky Sports in the UK.

Estrada (39-3, 26KOs) will be making the first defense of his crown against American Beamon (16-1-1, 11KOs) since his thrilling victory over Srisaket Sor Rungvisai in April.

A pound-for-pound superstar, Estrada started his pro career back in 2008 and won his first belt in October 2010.

Estrada participated in the renowned boxing reality show Campeon Azteca: Round 3, eventually winning the elimination tournament by knocking out veteran Juan Carlos Tirado in the second round.

In his first fight outside his native Mexico, then 22-year old Estrada moved down in weight to challenge WBA light flyweight champion Roman “Chocolatito” Gonzalez. He proved to be a much tougher challenge for the number one ranked pound-for-pound fighter but nevertheless lost by unanimous decision.

A year later, he challenged again for a world title and walked away victorious, this time earning a unanimous decision over Brian Viloria to become the unified WBA (super) and WBO flyweight champion.

He would enjoy a long reign as flyweight champion where he refined his technique and became known for his accurate punching. During this time, Estrada shutout top ranked challenger Milan Melindo and scored victories over Richie Mepranum and former champion Giovani Segura.

Estrada continued to give fans exciting fights against high caliber opponents in Carlos Cuadras and the two hotly contested 12-round battles against Sor Rungvisai.

Their first encounter in 2018 was a fight-of-the-year candidate bout at The Forum, which the Thai powerhouse won by majority decision.

The second time saw the Mexican’s hand raised in victory to the delight of the mostly pro-Estrada crowd where he won by scores of 116-112 and 115-113 (twice).

He’s not fought very reputable opponents and is only ranked #15 by the WBC. All signs suggest that he will be woefully outclassed in this contest. 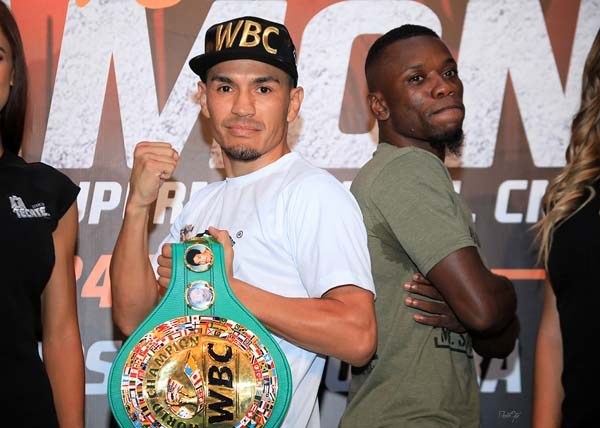 However, Beamon has established a reputation for his aggressive self-marketing which perhaps compensates for the lack of in-ring accomplishments.

Beamon was quite active in 2018 having fought five times which included a majority draw with Angel Ramos as well as a six-round unanimous decision over a debuting opponent.

He did compile an impressive 48-2 record as an amateur and this will be his first title opportunity since turning pro in 2015.

Beamon does have fast hands, puts together good combinations and appears to be a well-conditioned fighter. He’ll need all these tools and more for what will easily be the toughest fight of his nearly 4-year pro career.

Beamon will not be deterred by fighting in Hermosillo having already relocated to Mexico to take on stiffer competition. In fact, he’s quite determined to shock the world against the pound-for-pound superstar. However, Beamon is no world-beater and nothing about the North Carolinian indicates that this is an upset in the making. The fight will likely be very entertaining in the early rounds with Beamon’s athleticism and speed giving the Mexican plenty to think about. Estrada’s superior big fight experience and technical skills will begin to take over at the midpoint as he begins to break down the older man. Beamon will live up to his billing by giving us a show but, he’s a nonthreatening foe specifically chosen for Estrada’s homecoming

Verdict: Estrada by 8th round TKO

It will be a stacked card for the Estrada clash featuring unbeaten heavyweight sensation Filip Hrgovic (8-0, 6KOs), who will be making a quick return to the ring following his KO win over Greg Corbin in May. He’ll defend his WBC International title against Mario Heredia (16-6-1, 13KOs).

“Gregory Corbin was a tough fighter and nobody expected a KO in the first round. I showed the American audience what they can expect in my upcoming fights. I was only in the ring 60 seconds last time. We will see how long I spend in the ring this time, but I don’t want to underestimate anybody.”

Liam Smith (27-2-1, 15KOs) will aim to move back into a world title shot after joining the card on 10 days’ notice. Smith has won four of five since his destructive 2016 loss to Canelo, including a pair of gutsy wins over Liam Williams and a March knockout of Sam Eggington to rebound from an unsuccessful shot at Jaime Munguia. He’ll take on safe opponent Mario Alberto Lozano (33-9, 24KOs), who has losses to Jermell Charlo, Vanes Martirosyan and Charles Hatley.