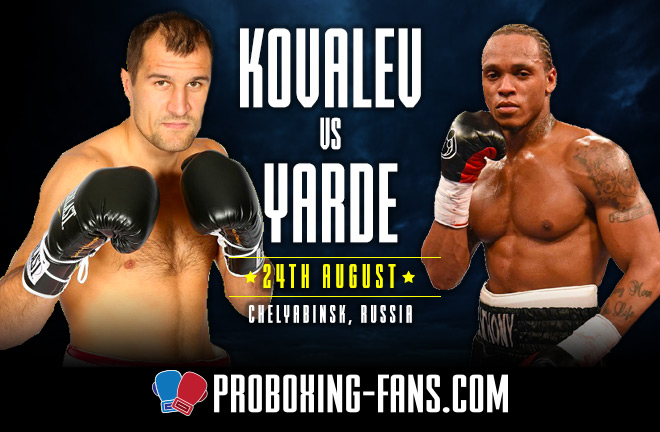 This Saturday night, inside the Traktor Sport Palace in Chelyabinsk, Russia, the big talk and bold claims from Anthony Yarde and his team will stop, and the realisation of world title level will begin. Chants of “Lions in the camp” will stop, and Yarde will be in with an opponent of different calibre that what he has been accustomed to.

Londoner Yarde (18-0, KO17) has built his career thus far on a diet of obscure and limited opposition, and has jostled his way, through expert promotion by Frank Warren, to a shot at the WBO Light Heavyweight Title.

It’s now very much sink or swim time for Yarde, and we will finally find out if all the hype has been merited or not.

In fairness, Yarde can only beat what has been put in front of him, and he has served as the WBO Intercontinental Champion for nearly two years. The 28 year old has been a professional since May 2015, and he has only been taken the distance once, in his second outing against Stanislavs Makarenko at the York Hall. Although Yarde knocked the Latvian down, he had to settle for a points win over four.

On paper, Yarde’s best win is a fourth round December 2017 stoppage win against former World Title Challenger, Nikola Sjekloca. The Montenegro man had previously been the distance with Arthur Abraham, Callum Smith and Tyron Zeuge, as well as holding Robert Steiglitz to a draw, but he was blown away by Yarde, dropped twice before being stopped.

Yarde’s last appearance came at the Royal Albert Hall back in March, where he enjoyed a routine fifth round stoppage win against limited American, Travis Reeves.

His opponent in Eastern Europe this weekend will be at a level he has certainly not been used to.

“Krusher” is an established Champion, and the 36 year old is enjoying an Indian summer in his career after a change in trainer for his last fight.

The Russian wrecking ball captured the WBO belt for the first time back in August 2013, when he ripped the strap from Nathan Cleverly in the Welshman’s Cardiff back yard, winning by violent stoppage in four rounds.

Kovalev defended three times against low level opposition, before dominating class fighters such as Bernard Hopkins (Unanimous) to add the WBA (Super) and IBF Titles to his collection, Jean Pascal (TKO8 & RTD7) and Isaac Chilemba to cement his status amongst the pound for pound elite.

The wheels started to come off though in November 2016 for Kovalev, when he knocked down Andre Ward in the second round, but was on the wrong end of a one point defeat across the board to hand him his first career defeat. A rematch was a natural, and, with the fight in the balance, Kovalev was controversially stopped in eight rounds, with the finishing punches from Ward looking low.

While there was no disgrace in losing to Ward, Kovalev didn’t look his usual self after, even though he regained the WBO Title immediately after the Ward rematch, with a second round stoppage of Vyacheslav Shabranskyy, and a routine seventh round stoppage defence against Igor Mikhalkin. 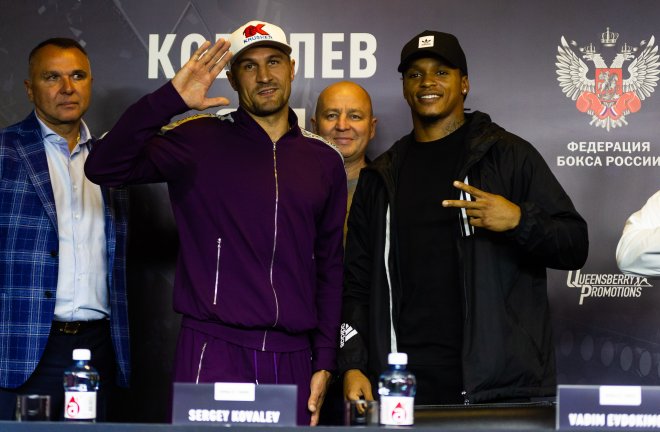 Elder Alvarez wasn’t supposed to cause Sergey too much trouble in August last year, and although the Columbian was unbeaten, he was behind on the cards going into the second half of the fight. Suddenly Kovalev’s race was run, and he was knocked down three times in a stunning seventh round defeat.

This looked to signal the end, but Kovalev teamed up with Buddy McGirt to recapture the Title with a wide points win in the rematch. It saw a new and improved Kovalev, boxing rather than bulldozing, and he looked rejuvenated, which doesn’t bode well for Yarde.

Prediction: If Yarde could pull a victory off in Russia, it would surely rank up there with the finest away performances at World Title level of all time, rivalling Lloyd Honeyghan’s stunning win against Don Curry in 1986.

To achieve this, he must stay on Kovalev, and put the pressure on the ageing Champion from the opening bell, but we will only be able truly tell if Yarde belongs at this level if and when the Russian connects with one of the booming shots from his repertoire.

I think the Englishman will make a bright start, but after halfway I think that Kovalev will make the fight his own as Yarde begins to tire, with no previous twelve round Championship experience, and never going past the seventh session in his career so far. The smart pick is for Kovalev to stop Yarde in the Championship rounds.

I also asked Proboxing-fans.com writer Richard Corely for his opinion on the fight who went with a different prediction and told me:

It’s youth versus experience between the proverbial older and aspiring young lion. You can’t blame anyone for believing that this fight is happening too soon for Yarde given his inexperience. He wouldn’t be blamed for seeking big fights elsewhere against other top 10 opponents like Jesse Hart, Gilberto Ramirez or Badou Jack. Kovalev must be the favorite here and certainly has the tools to hand the talented but untested Yarde his first professional defeat. However, there is no denying that Yarde is highly skilled and uniquely suited as a young power puncher to test Kovalev’s durability. I would not have given an upstart like Yarde much of a chance against Kovalev say 5 years ago but times have changed. Whether Sergey has indeed been reborn under new trainer James “Buddy” McGirt remains to be seen but this shootout has all the makings of an upset that will not go the distance.

Verdict: Yarde by 7th round TKO

What do you guys think ? Drop your prediction for this one in the comments box below.

The fight will be televised live in the UK on BT Sport.