It wasn’t quite the lift off that Chris Eubank Junior was looking for in Brooklyn, but he still prevailed to win the interim WBA Middleweight title, as Mattvey Korobov was forced to withdraw from the action in the second round through injury.

Eubank was moving back down to Middleweight following an impressive points win against James DeGale in his last outing in February.

Just over thirty seconds had elapsed in the second session, before Korobov appeared to suffer a dislocation of his shoulder whilst throwing a punch. After grabbing his shoulder, Korobov moved away from his opponent, and motioned to referee Steve Willis that he was unable to continue.

It was an unsavoury end to the contest, and it came after Korobov had made a bright start, snapping Eubank’s head back with some meaty left hands in the opener.

Eubank now hopes his win will pave the way for a meeting with Jermall Charlo, after Charlo successfully defended his WBC Middleweight crown with a seventh round stoppage of Dennis Hogan, who was moving up in weight following an unlucky points loss at the hands of Jaime Munguia last time out.

Irishman Hogan began well enough, behind a solid jab and some good work with his left hand. Once Charlo figured out the distance and found his timing though, he took control, and scored a vicious knockdown in the fourth. A massive uppercut caught Hogan, who went down spectacularly, somersaulting back to his feet. Hogan bravely saw out the round, despite an aggressive attempt to finish the fight in the same round from the champion.

With Charlo seemingly looking for another uppercut to close the show in round seven, a leaping left hook was the shot that forced Hogan to taste the canvas for a second time. Hogan rose again, but his legs betrayed him when beckoned to walk forward by the referee. He continued to stumble, and the lead official had seen enough, waving the contest off with less than thirty seconds of the round remaining. 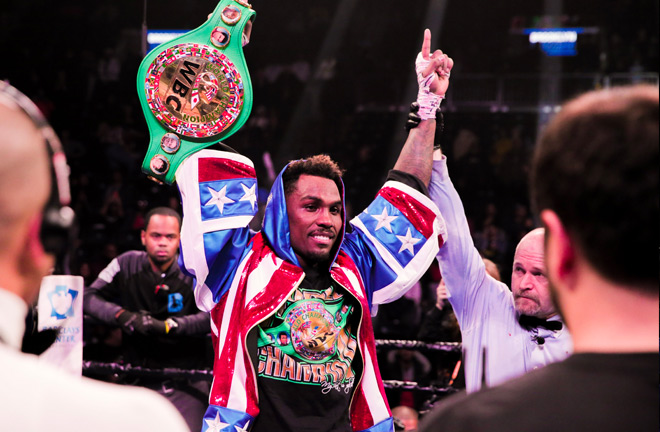 Charlo didn’t issue any specific challenges post fight, with big names such as Saul “Canelo” Alvarez and Gennady Golovkin holding other belts in the division.

“The middleweight division is wide open,” Charlo said. “I’m here to fight whoever. You have to make the right decisions and make it at the right time.”