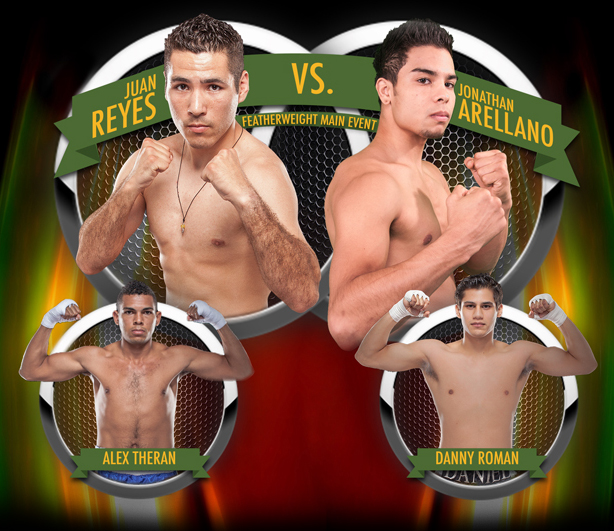 When featherweights Juan Reyes (9-1-1, 1 KO) of Riverside, Calif. and Jonathan Arellano (13-2-1, 3 KOs) of Ontario, Calif. enter the squared circle this Friday at the Omega Products Outdoor Arena in Corona, Calif., they will do so with a firm understanding of each other’s tendencies and ring movements. 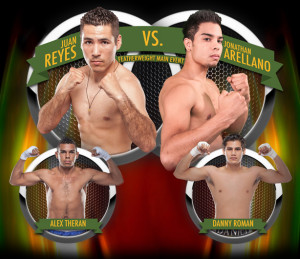 “Jonathan and I have known each other since our amateur days,” said Reyes, who is promoted by Thompson Boxing Promotions. “We first started sparring against one another at the Fontana Boxing Gym years ago. To say that we know each other’s strengths and weaknesses would be an understatement. It’s going to make for an interesting fight.”

Over the years a boxer will develop a long list of sparring partners, particularly if one grows into heavier divisions, but very rarely does a practice relationship, as in the case with Reyes and Arellano, materialize into a main event fight. Both fighters understand the unique situation they find themselves in.

“I think we’ve sparred 10 to 15 times with the latest session coming about a year-and-a-half ago,” said Arellano, who grew up near Corona. “It’s definitely strange to see my name and Juan’s name attached to an official fight. I know he likes to throw a lot of punches so I’ll be ready for his punch output. One thing’s for sure, the fans are going to get an entertaining and exciting fight.”

Reyes, who will be appearing in his first professional fight scheduled for eight rounds, describes himself as a pressure fighter that relies on a bevy of punches to hurt and wear out opponents.

“We are used to just putting on our practice gear and maybe fighting in front of a couple of people,” Reyes said. “On Friday, however, it’s going to be a totally different story. I’m going to have a ton of family and friends in the stands and so is Jonathan so the adrenaline will be raised considerably. We will be under the bright lights and have to deal with a loud crowd. He’s a tough guy with sound fundamentals so I know it’s going to be a competitive fight.”

The fact that both fighters grew up and still reside in the Inland Empire region of Southern California only adds to the intrigue.

“I guess you can say that area bragging rights are on the line,” Reyes said. “This region has plenty of boxers so I guess it was only a matter of time before Jonathan and I met. There is no animosity between us though. He’s a good kid and comes from a good family.”

“At the end of the day, friend or foe, you have to be ready to fight,” Arellano said. “I know Juan will be ready to fight. I have always liked him and his family, but I won’t let that get in the way of a victory.”

The co-main event showcases the much heralded and undefeated middleweight Colombian prospect Alex Theran (14-0, 8 KOs) taking on Justin Williams (4-8-2, 2 KOs) of New Orleans, La., in an 8-round fight. Theran, like Reyes, is promoted by Thompson Boxing Promotions and is coming off a 6-round unanimous decision victory over Juan Carlos Rojas (5-6, 0 KOs) on Friday, July 26.