Former two-weight World champion, Danny Garcia, is battling to get back to the top table at Welterweight and he went through the motions in a one-sided points win over twelve over the limited Ivan Redkach at Barclays Center, Brooklyn on Saturday night.

The contest was an eliminator for the WBC title, currently held by Errol Spence Jr, who is still recuperating following a serious car accident last year.

The 31-year-old Philadelphian, Garcia (36-2, 21 KOs) did pretty much how he pleased during the contest with his Ukranian opponent, in a dull and uninspiring 12 rounds.

‘El Terrible’ was far too tentative to make a dent in Garcia, in a change from the his normal, come forward type style.

‘Swift’ did hurt the underdog several times during the bout, in particular late in the fifth round, and also cut Redkach (23-5-1, 18 KOs) in the seventh with a right hand.

Redkach’s most notable contribution came in the eighth, when he bit Garcia on the shoulder, but largely found himself on the receiving end of a one-sided beating. 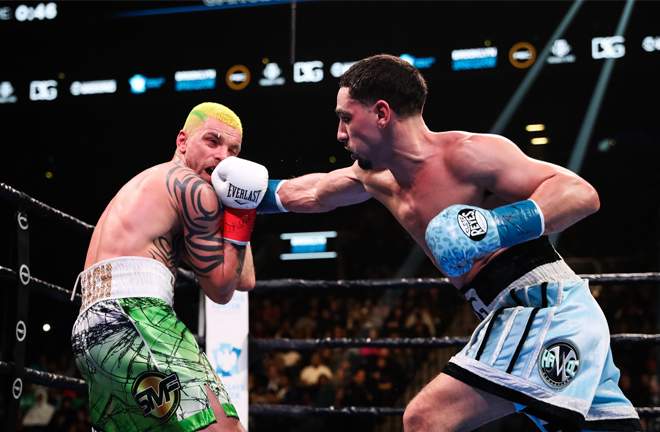 Definitely gonna add some of @DannySwift moves to my arsenal. I understand why they call him swift now.

Garcia was content with his night’s work, but less than happy with his preparation. 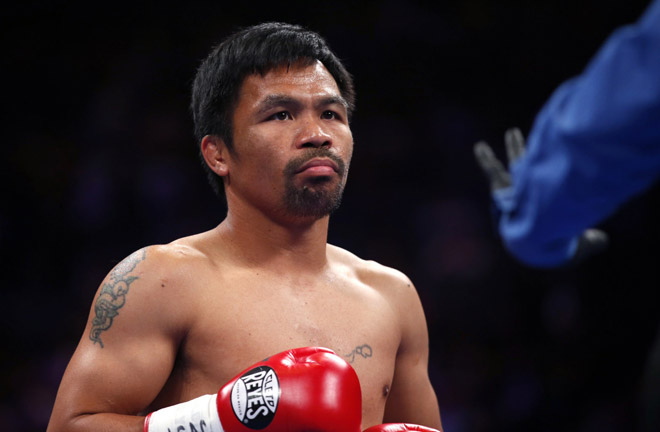 “I did lose a lot of weight for this fight, so maybe that played a factor. I lost about 25 pounds in eight weeks. I’m eating good.

“But I promise myself to stay in the gym now and stay in shape.”

The other ‘Swift’ On the card was Jarrett Hurd, and the former WBA (Super) IBF & IBO Super Welterweight champion got back on track with a wide, ten round points win over the limited Francisco Santana.

Hurd, who was relieved of his belts with a shock defeat to Julian Williams last May, eased back here with a safety first performance.

Hurd (24-1, 16 KOs) boxed carefully for the majority of the fight, taking his time and measuring his opponent.

This didn’t endear the Accokeek native to the fans and the action was largely forgettable, when there was any.

The only real highlight was a knockdown scored for Hurd late in the tenth and final round and when the final bell was rang, a fair few boos cold be heard within the crowd. 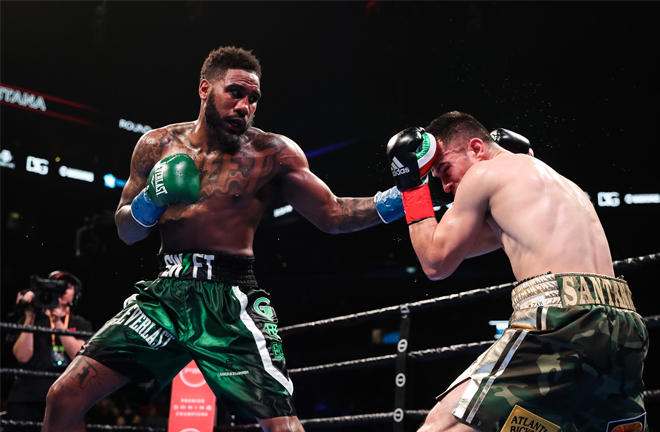 Santana (25-8-1, 12 KOs) was a typical gate keeper type opponent, and easily saw out the distance.

It is unclear what the next move is for the former champion, all he really knows is that he is targeting the belt holders at 154 pounds, whilst he is highly ranked in the WBA, IBF and WBO.

“We want the best, I’m not exactly sure what’s going to be our next move, but we definitely want to get the belts”.