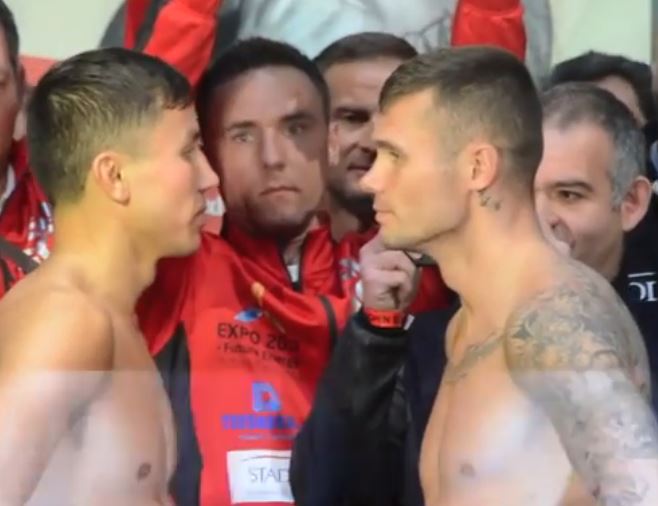 Neither fighter had any difficulty making the 160 lbs division limit, and both look to be in tremendous shape. The weigh-in was pretty straightforward, there’s a lot of respect between the fighters and they looked like they’re ready to get down to business.

Murray is hoping to finally breakthrough with a championship in his 3rd try, while Golovkin is looking to storm past another of his allegedly toughest challengers yet. It should be a fun one to watch, and if you’re a fan of GGG, then you’re not expecting the fight to last very long.

Remember fight fans, Golovkin vs. Murray will air live on Saturday afternoon. Saturday’s HBO Boxing telecast will begin at 5:45 p.m. (ET/PT). Later in the evening, HBO will air a replay of the fight at 10:15 p.m. (ET/PT).