“It went exactly how I expected,” said the favored Green, who won the super middleweight 10-round decision unanimously, 98-92, 99-91 and 97-93. Green was fighting on SHOWTIME for the fifth time in his career and who moved his record to 29-1 (20 KOs). “I was just in better shape than he was. I won the fight. I didn’t care how I did it. I knew I was going to win the fight.”

The 38-year-old Simms (25-1-1, 11 KOs) gave an inspired and what he called “entertaining” performance at the First Council Casino. “I saved the show,” said Simms, who was called on to fight as a late replacement for the injured Victor Oganov just six days ago. “I showed something to everyone tonight. I just hope they give me the call again.”

The Oklahoma native Green, who turned 30 recently, had the crowd behind him all night and revealed after the fight that he was fighting with an injured right shoulder. He tore a ligament in the same spot in July and he said he reinjured it last week. “I couldn’t say anything to anyone,” said Green, ranked No. 6 in the World Boxing Council (WBC) super middleweight rankings and an alternate for the upcoming Super Six World Boxing Classic on SHOWTIME. “If I would have lost I would not have said anything or made any excuses. But I just didn’t have the strength to get the knockout.” 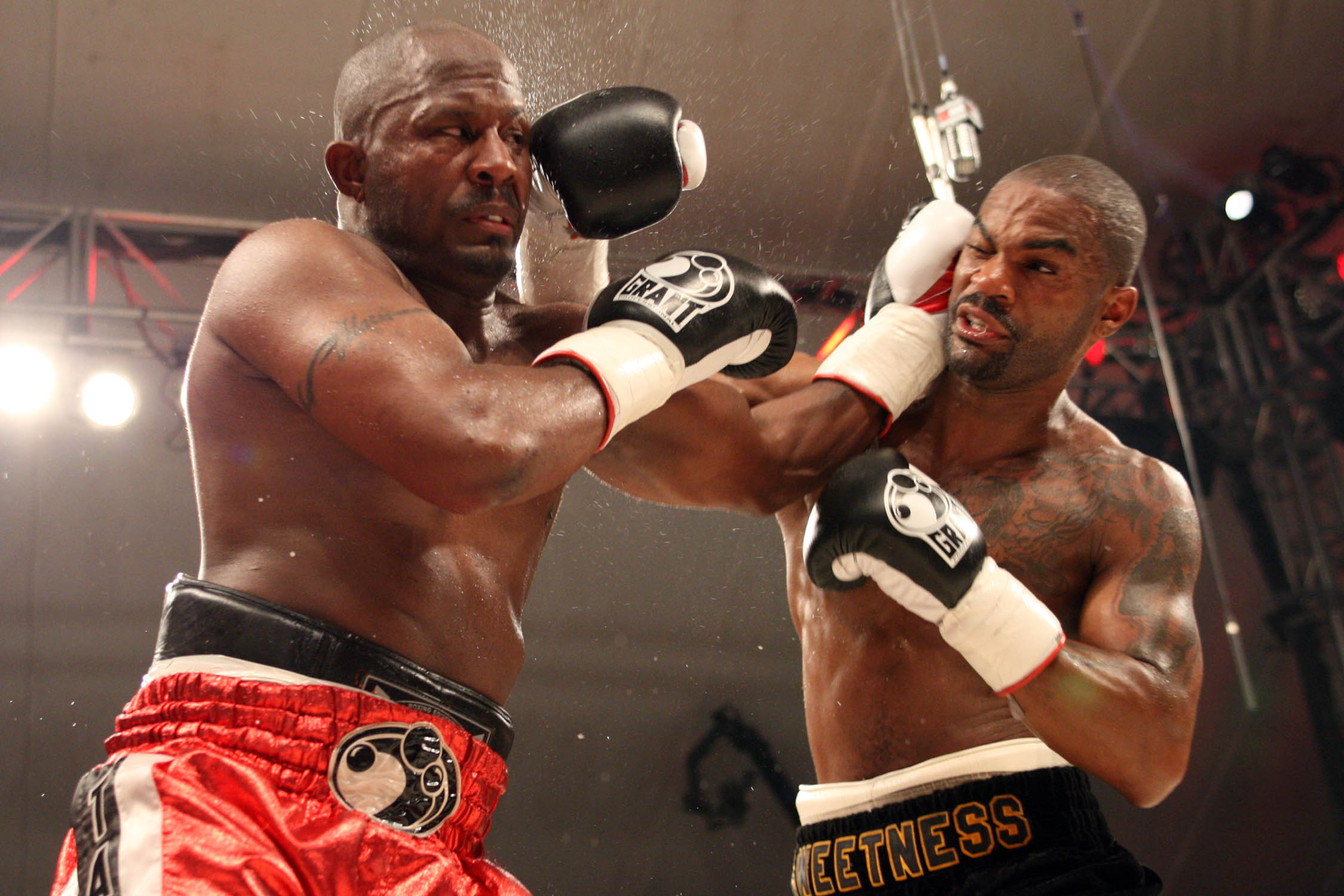 The broadcast was the first for SHOWTIME announcer Curt Menefee, who was impressed with the three good matchups. “We saw guys tonight that have a lot of potential,” Menefee said afterward. “We had two fights go the distance and another that was stopped between rounds nine and 10. It was just a overall great night of boxing.”

Added commentator Antonio Tarver on the evening main event: “On six days notice, you can say this is a win-win for Tarvis Simms.”

In the second televised fight of the night “The Truth” Antwone Smith (17-1-1, 9 KOs) of Hollywood, Fla., handed Henry Crawford (22-1-1, 9 KOs) his first career loss when Crawford’s trainer “Mikey Red” Skowronski finally called the fight after the ninth round just seconds after Smith’s second knockdown sent Crawford down and out and almost through the ropes giving Smith the TKO.

In a scheduled 10-round welterweight battle between two of the division’s brightest prospects, Smith started slowly but worked his way to the victory, which many thought should have been stopped after a ferocious sixth round left Crawford wobbly and unable to defend himself.

“I let the fight get away from me,” said Crawford, before refusing to answer any more questions.

After unleashing a flurry of punches, Smith finally got the knockdown midway through the sixth round as both Crawford’s gloves touched the canvas. Although each of the three SHOWTIME announcers—Menefee, Tarver and Steve Farhood–felt the fight should have been stopped by referee Gerald Ritter at this point, Crawford showed incredible resolve refusing to go down until the bell rang.

“The fact that he made it out of that round was incredible,” Farhood said.

But he couldn’t answer the call for the 10th as Skowronski threw in the towel.

In the opening televised fight, Marcus “Too Much” Johnson (18-0, 14 KOs) of Houston, Texas, was just that: too much for Victor Villereal (8-4-2 1 NSF, 4 KOs) of Longmont, Colo. In his debut on SHOWTIME, Johnson dominated each round to win the unanimous decision 80-71 on all cards in an eight-round super middleweight matchup. Johnson, a former U.S. National Amateur champion who lost to Andre Ward by decision in the final of the 2004 Olympic Trials, put the tough Villereal on the canvas for the first and only time with seconds remaining in the sixth round with a left undercut-hook combination.

“I always start slowly and I did again tonight. A sloppy win is as good as any win. I’m happy to still be undefeated. I don’t think the ref should have stopped it in the sixth. I thought he was going to come out for the 10th. It surprised me when he didn’t. With two knockdowns I would have won the fight anyway if it would have went the distance.”

“He’s upset with me, obviously. But he came over and gave me a big hug and said he understood. But he wanted to go out on his back. He said that’s the way a champion should go.

“I did what I had to do. I’d rather him blame me and end it like I did than have them take him out on a stretcher.

“(Crawford) would have won this fight if he would have listened to me. The way you beat Antwone Smith is to fight in the center of the ring.”

Marcus “Too Much” Johnson

“I was a little bit impatient trying for the knockout. I shouldn’t have rushed it, especially in the eighth round.

“I usually favor my left anyway but my right hand is hurt…probably a boxer’s fracture. So I wasn’t using it very much.

“I’m not very impressed with my performance. I could have done better, but he’s tough. He stayed in there and took my punches.”

“What will I take from this fight? I’ll get back in the gym, that’s what. I’ll come into my next fight in better shape. I ain’t happy by the way it ended. I was sluggish. I can’t be happy with the loss. I’m never happy losing.”