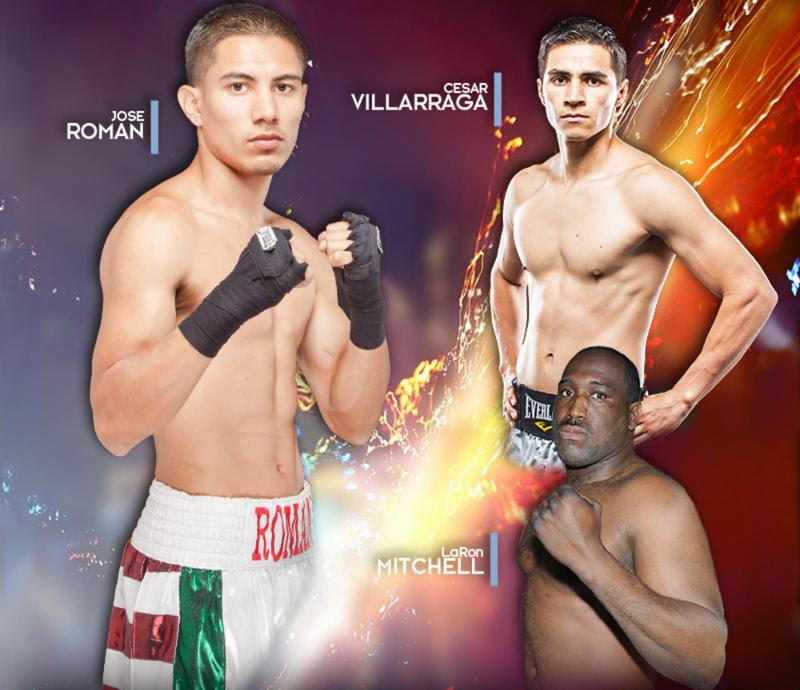 Lightweight product Jose Roman (20-1, 14 KOs) will look to add to his six-fight winning streak in Thompson Boxing Promotions’ “New Blood” 8-round main event on Friday, June 26 from the Doubletree Hotel in Ontario, Calif.

Roman was last seen in April when he knocked out Martin Cardona in the third round. Prior to that, the 27-year-old Roman, who is based out of Garden Grove, Calif., notched four wins a year ago and expects to have the same success in 2015.

“That’s been one of the great things about signing with Thompson Boxing,” Roman said. “They’ve done a great job of keeping me busy. They do an excellent job of showcasing all of their boxers.”

An opponent for Roman will be announced shortly.

In the co-feature, undefeated lightweight Cesar Villarraga (7-0, 4 KOs) will put his unbeaten record on the line against an opponent to be named later (6-rounds). Villarraga, a crafty southpaw and former Olympian from Colombia, already has two wins this year and is anxious to get inside the ring.

“If it were up to me, I’d fight every month,” Villarraga said. “I know that’s not realistic, but it just shows how much passion I have for the sport.”

Mitchell, a Bay Area native that resides in San Francisco, has never gone the distance in any of his seven professional fights. He’s knocked out each and every one of his opponents and he’d like that streak to continue.

“I never go in expecting a knockout win,” said Mitchell, who signed with Thompson Boxing last year. “But if the opportunity is there, I’ll take it.”

Filling out the card is the always fun to watch Javier Lapizco (7-1, 2 KOs) of Mexico. The junior bantamweight faces Luis Almendarez (3-3) of Mexico in a scheduled 6-rounder.

Also on the show, junior welterweight prospect Jonathan Garcia (15-1, 11 KOs) of Watsonville, Calif. An opponent for Garcia will be announced at a later date (6-rounds).

Opening the “New Blood” show is Humberto Rubalcava (2-0, 2 KOs), one of Southern California’s more popular young prospects. He will face an opponent to be named later (4-rounds).