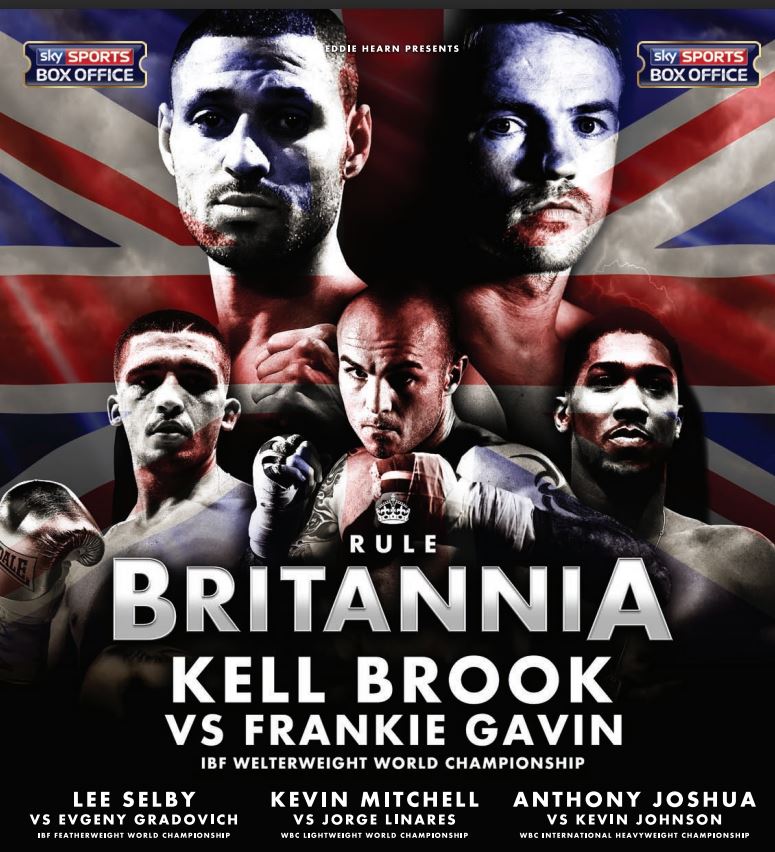 After impressively defeating Jo Jo Dan in Sheffield in March Kell Brook makes a quick return to the ring on Saturday May 30 to defend his IBF Welterweight title against Frankie Gavin at The O2 in London, exclusively live on Sky Sports Box Office. 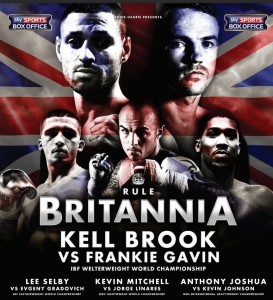 So far, the odds have been released for a few of the chief supports, but not Brook vs. Gavin – although you can expect to find Brook a large favorite.Anthony Joshua is overwhelming at -10,000, with Kevin Johnson at +1,600, while Lee Selby’s home court puts him at -300 against the always tough Gradovich, +230. See more at GamblingSites.com and find the latest updates there.

Adam Smith, executive producer of Sky Sports boxing said: “This is another mouth-watering night of boxing on Sky Sports Box Office.  Kell Brook is a great headline act and I always look forward to seeing him in the ring. He has some big fights on the horizon I’m sure, but Frankie Gavin will be a real test and Kell will have to put in a performance to get the style of win that he wants.”

Kell Brook impressed last time out during his classy fourth round stoppage over Dan.  He will now be eager to put in another stand-out performance against Gavin who was England’s first ever World Amateur Champion after taking gold in the 2007 World Championships in Chicago.

Kell Brook said: “I never expected to be out again so quickly but I can’t wait. I respect Frankie for stepping up, he has called for this fight for a long time and after he was given a final eliminator against Tim Bradley it made sense for him to take the challenge. I feel like I’m unbeatable right now and Gavin isn’t going to be able to cope with my speed and power on fight night. The O2 is one of the best arenas in the world and it’s an honour to headline a card like this.”

Frankie Gavin said: “These are the fights you want to be part of and are where I belong.  I’ve dreamt of a world title and I will be 100 per cent ready physically and mentally for Kell Brook.  Of course it’s going to be tough but I believe Kell is beatable and I’ve always felt that I have got the skills and the team to cause an upset.”

Canelo: Saunders has had plenty of excuses, he has to fight on Saturday