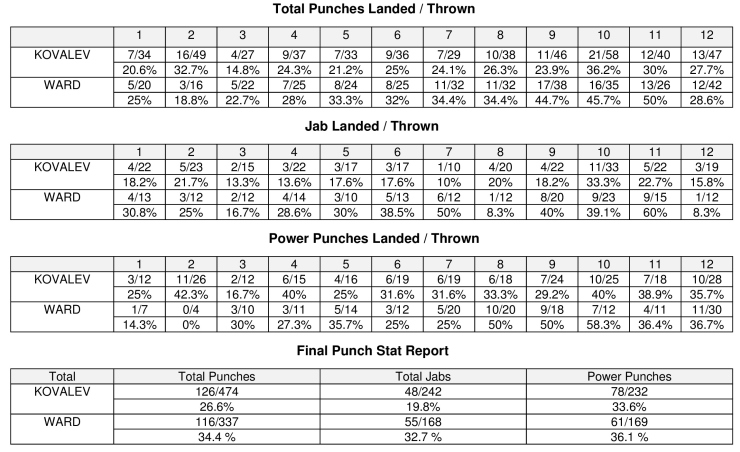 In the wake of the controversial unanimous decision victory for Andre Ward over Sergey “Krusher” Kovalev on Saturday night which many writers, commentators, and media scored a decisive Kovalev victory, Compubox released the breakdown of their punch stats for the November 19 megafight. 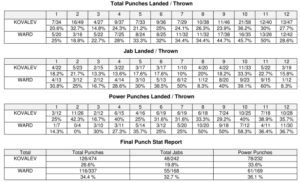 Main Events CEO Kathy Duva said, “I thought Sergey won the fight sitting ringside and it looks like the Compubox stats bear that out. The judges gave every close round to the challenger instead of the champion, plus the tenth round which wasn’t even close. Sergey has asked for an immediate rematch. As far as we are concerned, he won the first fight and he will win the second fight too.”