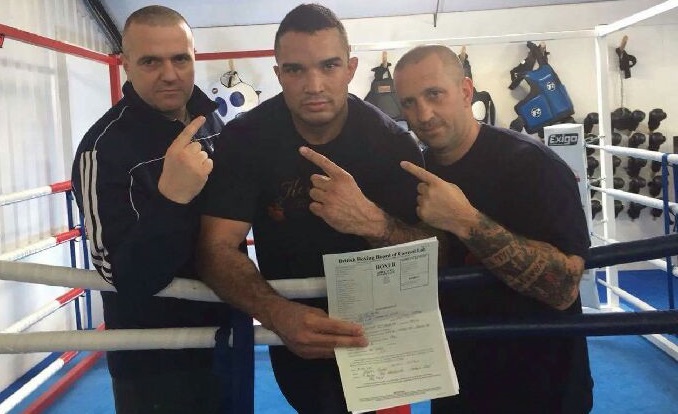 The 30-year-old impressed promoter Joe Elfidh unexpectedly during a training session recently and he immediately rushed to sign contracts with the heavyweight talent after what he saw.

The boxer-turned-promoter commented on his newest protégé, “This guy is exciting, I seriously don’t know where he’s been hiding!”

He expanded, “I came down to the new Kent Gloves gym in Gillingham and was told that he was a K-1 fighter that had a few kickboxing fights and just one amateur boxing fight, so I wasn’t expecting anything special when I agreed to have a look but he turned out to be phenomenal!”

The heavyweight talent said of his setup in the paid ranks, “I grew up in Forest Hill in South East London but I live in Greenhithe in Kent now. I’m managed by Joe Elfidh and I train at Kent Gloves with Simon Gildea and Charlie Rumbol.

Despite experiencing just one amateur fight in the ABA Novices, Johnson has an extensive fighting background that is as diverse as you could possibly get.

He elaborated, “I had just one amateur boxing fight and I won by a points decision. It was in the ABA Novices but the next show got cancelled. Then there were four or five pull-outs, then the show ran on too late and got rescheduled for the next day, but I was working so couldn’t attend again. It was weird and all just a bit messy, really.

“I first started in martial arts as a kid, I won national tournaments in taekwondo then started in MMA in my late teens, competed in grappling and won gold medals in that, had three semi-pro fights in MMA in my 20’s and won all three, I also did a pro one, which I won. Then I moved onto Thai-boxing and went in the Ringmasters tournament and won my fight with a first round TKO then I had to pull out with injury.

“I went pro in K-1 and beat a couple of good guys in that. Then I entered a Strongman competition and won the Novices.

“I’ve always done boxing but, rather than coming from the traditional amateurs, I come from having a bit of diversity and it helps to add to your overall game. Even doing the strongman adds to your game.”

Kurt explained why he has decided to turn professional in boxing at this point in his life, “I’ve gone through stages with different loves – MMA, kick-boxing, Thai-boxing, Strongman – but I always favoured punching.

“I met Simon Gildea through a friend of mine and started doing pads with him at Horton Kirby boxing club and just got the buzz for boxing again, and I feel strong and confident right now.” 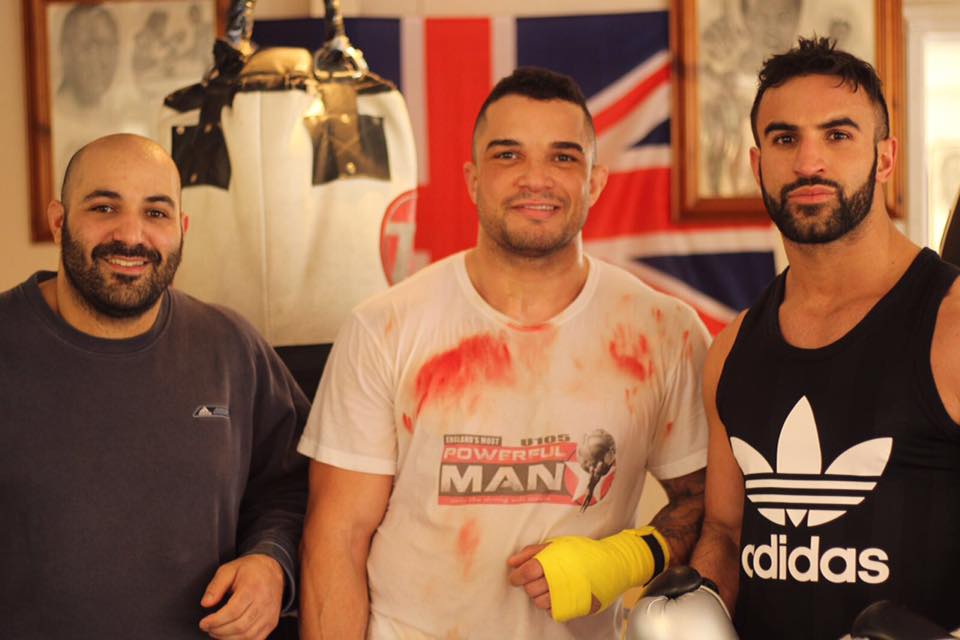 His eagerly-anticipated pro bow takes place on the first weekend in October on JE Promotions’ biggest show to date. Despite the enormity of the occasion, Johnson is not fazed due to his wealth of experience in other professional combat sports.

“I’ve already been under those lights in professional sports without head guards, so it’s not going to be a massive shock to me,” he said. “I’ve just got go in there and do what’s got to be done; it will just be another fight to me.”

Johnson admitted he is of an advanced age to be turning professional in his thirties but heavyweights do tend to have a longer shelf life than other divisions as 41-year-old, 69-fight veteran Wladimir Klitschko has proven.

He said of his ambitions in his paid career, “To be honest, the goal really is just to destroy everyone and run through people, and to just do myself proud.”

Johnson hopes to bring a following with him to the pro boxing ranks after years of competing in combat sports, “I’ve got a bit of a following, there’s the boys I work with at the fire brigade, friends and family, and the social media following is picking up.”

He concluded, “I’m backed by sponsors, The Healthy Meal Prep Kitchen, helping me to get in great shape and the meals taste amazing, trust me! Also, JMF Coaching and QSN Supplements.”