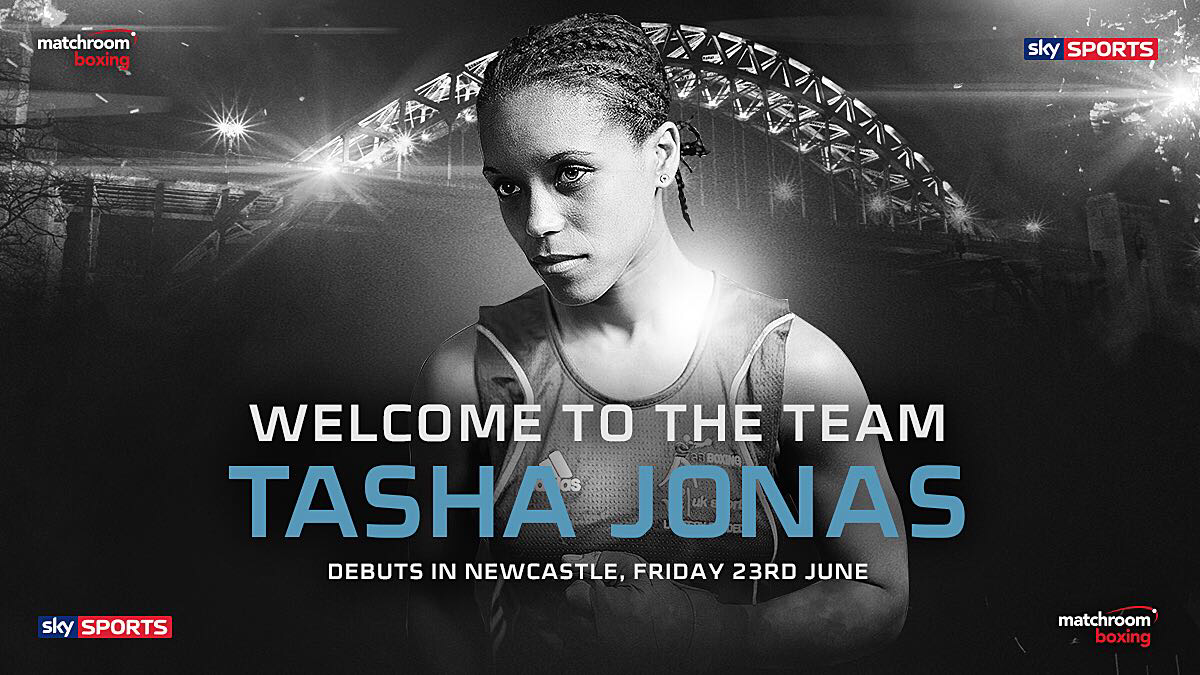 Natasha Jonas has signed a promotional deal with Matchroom Boxing and will make her professional debut in Newcastle on Friday night in the JDNXTGEN series, live on Sky Sports Facebook and Sky Sports.

Jonas created history in London 2012 as the first female boxer to compete in the Olympics and the Liverpool star became the latest figurehead in women’s boxing to turn over and meets Poland’s Monika Antonik on her debut.

Jonas, who turned 32 yesterday, is targeting titles in her first year in the paid ranks, and could be on a collision course with old Olympic rival Katie Taylor.

“I can’t wait to get started on Friday night,” said Jonas. “I want to get to the top of the game once again so it’s great to get going before the summer and we can hit the ground running in the new season.

“It’s always the target to aim high and as long as I put the work in with Joe in the gym, the sky is the limit.

“Throughout my career I’ve been breaking down barriers and I’ve never felt out of place. I know the drive and determination that I’ve got inside of me.

“Katie has set the bar in women’s boxing and everyone has aspired to be like her. Whatever she’s done and wherever she goes she sets a good example. I’m not here to be in anyone’s shadow but I take my hat off to everything that she’s done as an amateur and now as a pro.

“Training with Joe has been fantastic. Training alongside some of the best fighters in the country, World Champions and unbeaten boxers, I am watching them and picking up their good habits. I’ve been out for a long time but I feel ready to go now.

“Liverpool has always backed their athletes and the response has been fantastic. Whenever I fight at home the fans come out in force and I hope that I can fight there as a pro in the new season.”

“I’m delighted to welcome Tasha to the team and excited to see her fight on Friday in Newcastle,” said promoter Eddie Hearn. “There is an obvious super fight with Katie Taylor down the road but firstly we want to progress Tasha in the pro ranks and target her own world title first. She has looked excellent in camp with Joe and I’m looking forward to watching her perform under the lights.”

Jonas’ pro debut is part of the second instalment of the JDNXTGEN series, topped by Josh Kelly’s third pro fight against Tom Whitfield.

A host of local stars appear on the bill as former World champion Stuart Hall as he looks to build to another World title shot, Bradley Saunders returns to the ring, unbeaten Super-Middleweight Jordan King looks to build on his 8-0 start, Cruiserweight pair Simon Vallily and Warren Baister continue their assault on the division, while Preston’s Super-Welterweight Scott Fitzgerald is also in action.

Ebanie Bridges on Shannon Courtenay loss: I showed the heart I have

Babic warns Bennett: I want blood, I will throw 100 punches in round one

Ebanie Bridges on Shannon Courtenay loss: I showed the heart I...