Alexander Besputin (14-0) was crowned the new WBA Welterweight champion, as he deservedly took a 116-112 win on all three cards against Radzhab Butaev.

It was good, easy on the eye action throughout, with Besputin busy and mobile, starting well with solid jabs, and hooks to head and body.

Butaev (12-1) did have success of his own, and hurt Besputin in the fifth, having the Russian on unsteady legs momentarily.

Besputin though, always seemed one step ahead, and had done more than enough to win. When the result was announced, Butaev left the ring in disgust, but can have few complaints overall.

Cecilia Braekhus (36-0) made her Matchroom debut, and predictably enjoyed complete domination in defence of her undisputed Welterweight belts against the limited Victoria Bustos.

The 38-year-old Norwegian did pretty much as she pleased, going through the gears and showing off her repertoire of punches as Bustos (19-6) struggled to have any sort of success. 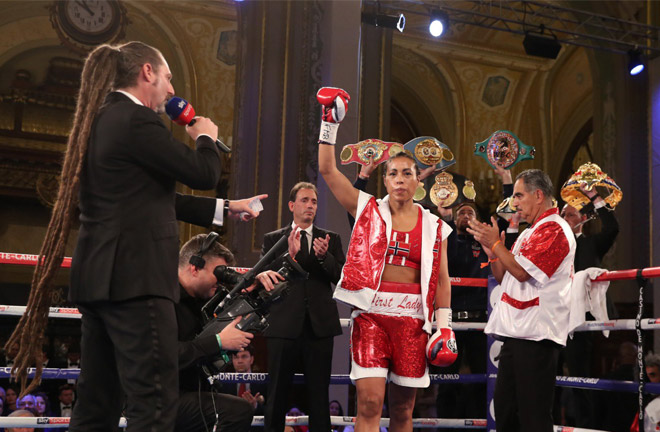 The grand plan is for what could be the biggest fight in female boxing history, with a meeting with Katie Taylor planned for 2020.

Eddie Hearn said: “There will be another fight for both in the spring and then they will fight in the summer. It’s the biggest fight in boxing.

“These two are on a collision course and in 2020 you’ll definitely see that fight.”

Joe Cordina (11-0) moved down to Super Featherweight, and outscored the tough Mexican, Enrique Tinoco (18-6-4) in an entertaining tussle to win the WBA Continental title.

Tinoco will be familiar to British fans as he upset Jordan Gill in Nottingham back in May. 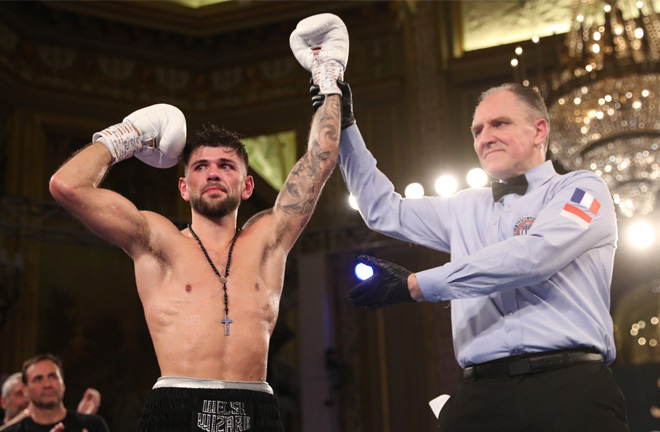 British and Commonwealth Lightweight champion Cordina displayed his dazzling hand speed, and dominated off his jab in the early stages.

Tinoco did have his moments in the middle rounds and on the inside towards the end, but it wasn’t enough to take a win, as Cordina prevailed by scores of 98-92 (twice) and 96-94.

Another Heavyweight contest bit the dust at the last minute, as a virus forced Hughie Fury out of his contest with Pavel Sour.