Carl Frampton made a long awaited return in Las Vegas, and dropped Tyler McCreary twice on route to a wide points victory.

The Northern Irishman confirmed post fight that after fracturing a hand prior to his proposed meeting with Emmanuel Dominguez in August, that he suffered a recurrence during the contest, as early as the second round.

His meeting with McCreary was a gentle introduction to moving up in weight, as Frampton fought at a catchweight of 128lbs in readiness for moving up to Super Featherweight.

‘The Jackal’ (27-2) scored a knockdown in the sixth, where a pair of body shots dropped the American. McCreary (16-1-1) was down again in the ninth, with a double left hook to the body doing the damage. Both times the 26-year-old rose and continued, but he was leagues out of his depth, and never likely to cause an upset in this one. 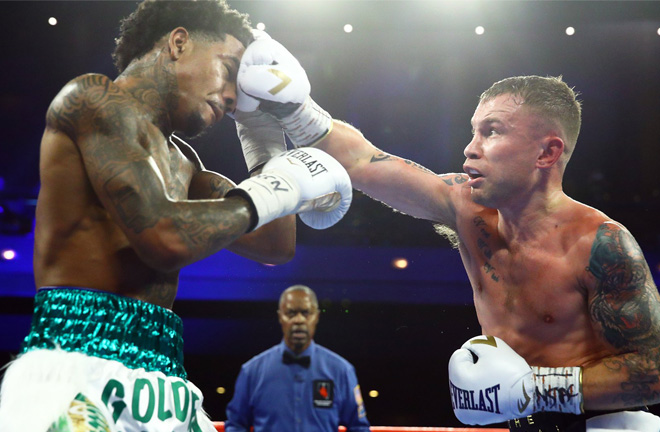 Due to the hand injury, Frampton was happy to dictate and dominate, and he duly did as the fight went to the cards. All three judges were in agreement that Frampton hadn’t dropped a session in a 100-88 points win.

The aim for Frampton next is a meeting with WBO Super Featherweight champion, Jamel Herring, and that fight could be made for St Patricks Day 2020.

“I know [Jamel] is the champ. I just want to fight for a world title next,” Frampton said post fight.

“I want to be involved in big fights. I would love the opportunity to fight Jamel. I’m not the champion. He’s the champion.”

“My hand wasn’t great coming into the camp as well. It’s always a bit softer hitting the body than the head.

“My hand wasn’t great coming into the camp. I think it’s probably re-fractured”

“I want to fight for a world title next, I want to be in big fights, I would love to fight Jamel!”@RealCFrampton wants Herring’s super featherweight gold 😏 pic.twitter.com/5z7rtsuXrO

“I feel like I hurt it again in the second round, so that’s why it wasn’t the most exciting fight in the world, but I just cruised to a points win. I just wanted to be safe with my hands.”

Oscar Valdez had enough drama at his weigh in on Friday, where opponent Andres Guttierez weighed an immense 11 pounds over the contracted limit. The fight was cancelled, and Guttierez’ replacement, Adam Lopez, gave Valdez a mighty scare before succumbing in seven rounds. 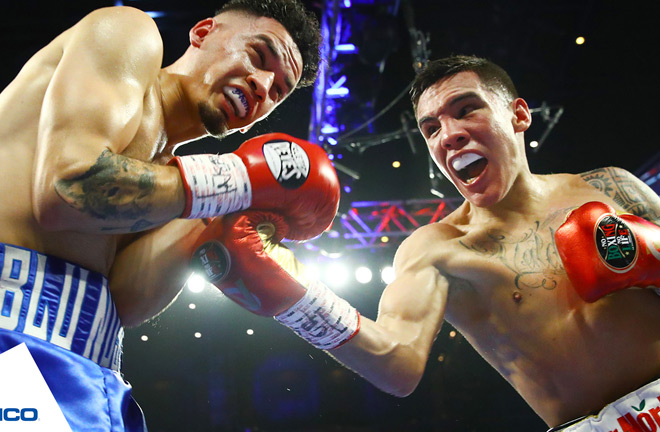 The late notice replacement dropped Valdez (27-0) in round two with a solid hook, and the Mexican was on shaky ground before wisely staying on the move and out of trouble for the rest of the round. Lopez (13-2) did have his moments during the fight, but Valdez was always a step ahead.

The ending came in the seventh round, when a hard Valdez hook put Lopez down. On the resumption of the action, the American was under fire, but seemingly dealt with the situation when the referee decided enough was enough.

A meeting with WBC champion Miguel Berchelt is mooted for Valdez for 2020. 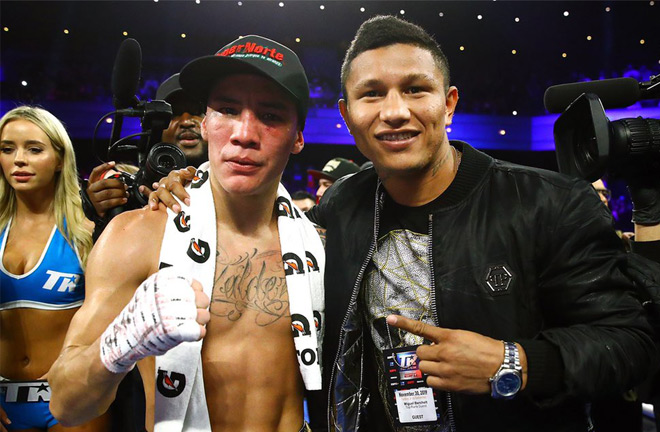