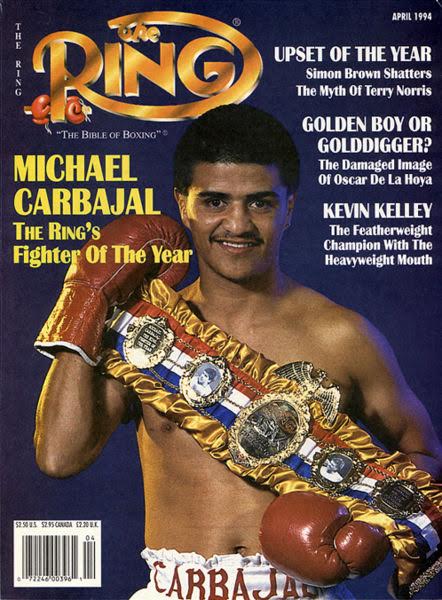 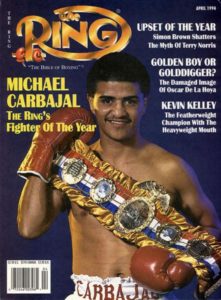 It is an accolade well deserved for a humble athlete who continues to serve the sport of boxing and his community long after finishing his illustrious career in1999. Michael Carbajal is arguably the greatest professional boxer ever, no disrespect to Muhammad Ali.

To get a qualified understanding of the accomplishments of Michael Carbajal as a professional pugilist, we called Top Rank (his former promoter) and asked TR spokesperson and publicist Lee Samuels to comment on the boxing career of the six time world champion and former Olympic medalist Michael Carbajal.

Here is his complete and respectful statement: “Michael Carbajal is one of Top Rank’s greatest champions. He fought hard every second of every round. He was by far the biggest attraction of all time in Phoenix. Michael’s title fight against Muangchai Kittikasem at the Veterans Coliseum in Phoenix in 1990 was one of the greatest events in Top Rank History. Michael Carbajal is a true champion.”

About Michael: According to a 3 page bio released to ABNN, his loving mother (Mary) is on record as believing her son was born a champion. DNA aside, it was his late father Manuel Carbajal who began his son’s boxing journey at the age of 5. Mr. Carbajal, a former Golden Gloves Champion, transformed the tiny family garage into a training facility that featured an outdoor ring enclosed with rubber hoses serving as ropes. It was there in a very unglamorous but effective setting that the boxing seed was planted early and nurtured-helping an eager student absorb and maintain what he needed to become a world champion and boxing legend. Michael Carbajal told ABNN recently that he considers his father the only real trainer he ever had and his amateur record of 98 wins and 10 losses reflects the positive approach and result his papa achieved as his boxing mentor.

Michael, a Member of the World and International Boxing Hall of Fame, began his amateur career on 1/17/1980. He would go on to win multiple local, state, national and international medals culminating with his winning a silver medal at the 1988 Olympics in Seoul, Korea.

Michael is proud of the fact that he retired while on top and he remains one of two world boxing champions born in Arizona; the other being Louie Espinoza, a close friend. Tickets for the Nevada Boxing Hall Of Fame event are available online and at Caesars Palace Hotel & Casino in Las Vegas. Hopefully, some Arizona boxing fans can be on hand August 12 to watch the six time world champion receive his latest honored; his fans are like “Familia” to the affable legend.