It could well be a small hall show classic this Saturday, as the Ulster Hall in Belfast is the home of the first MTK Global offering of 2020, as David Oliver Joyce returns against former world Bantamweight champion Lee Haskins.

There are plenty of well-matched contests on the bill, including a return for a man defeated in his last contest, but facing a former World champion.

Mullingar’s David Oliver Joyce (11-1, KO8) was defeated for the first time as a professional last time out at the York Hall, in a gruelling ninth and penultimate round stoppage defeat to Leigh Wood in the quarter finals of MTK’s Golden Contract tournament in October 2019.

Joyce was a decorated Amateur, winning three EU Championship Gold Medals, as well as competing at the 2016 Olympics in Rio, and the 32-year-old had made a bright start to his unvested career with 11 straight wins before his meeting with Wood.

The Nottinghamshire man dropped Joyce in both the second and seventh sessions in a painful defeat. 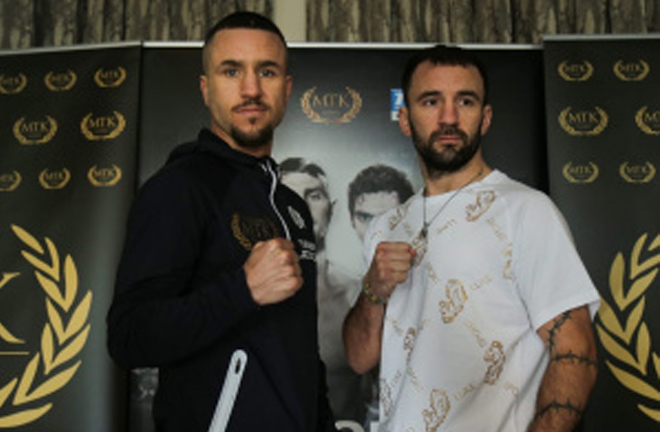 Bristolian Lee Haskins (36-4, KO14) is the opposition for Joyce and he is an awkward customer to put it mildly.

Haskins won the interim IBF title at Bantamweight, and was upgraded to full champion when Randy Caballero was stripped of the belt ahead of a their November 2015 meeting, coming in massively over weight.

The now 37-year-old made two defences of the title in comfortable points wins against Ivan Morales and Stuart Hall, but then shipped the belt to Ryan Burnett in Belfast in June 2017.

“The Playboy” has only been seen twice since that reverse, in two routine six round points wins, the last in October 2019, against the 10-18-5 Sergio Gonzalez in Bristol on a bill he shared with his young son Anton.

Prediction: Haskins could prove a torrid and frustrating nights work for Joyce and the Irishman will need to stick to his boxing skills and remain patient. Haskins’ best days are firmly behind him, but his style is a nightmare for most. I expect the Bristol man to last the distance, but Joyce should have a little too much, and the pick is for him to win a clear enough decision.

The nominal bill topper is the wonderfully nicknamed “The Public Nuisance” Sean McComb (9-0, KO4). He takes part in a ten rounder at Super Lightweight. The Belfast man takes on the well-travelled Argentine, Mauro Maximiliano Godoy (32-5-1, KO17).

27-year-old McComb is all action, and this nearly cost him in his most recent outing back in October at the same venue.

Emiliano Dominguez Rodriguez wasn’t expected to cause McComb too much trouble, but the home favourite found himself cut above both eyes in the opening round, and then dropped with a body shot in the fourth. McComb managed to turn the tide in the end for a 79-73 points win. 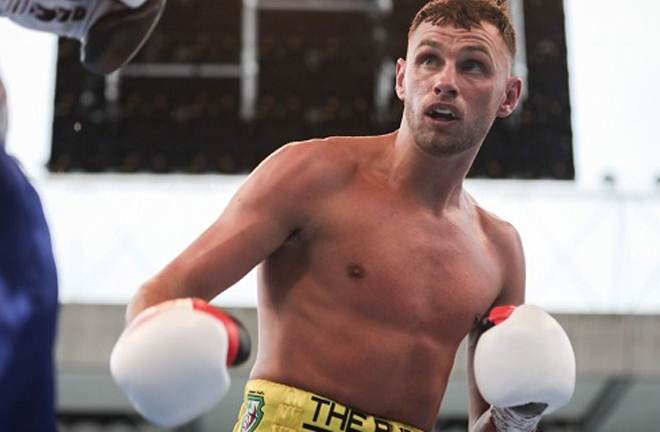 Godoy is another gentle step up for McComb, with the visitor 3-4-1 in his last eight outings. The Argentinian does hold a June 2018 draw with Samuel Vargas, the man who gave Amir Khan a decent argument in a points loss just three months later.

Current European champion, Sandor Martin won every round of a ten rounder against Godoy in November 2018. Highly touted Zhankosh Turarov stopped Godoy inside three in July last year, but the man from Centenario returned at the York Hall in November, stopping Tackie Annan in the fifth.

Prediction: Although stopped twice, Godoy is a tough customer, and should take McComb rounds. I think once Sean weathers early ambition from the Argentine, he can take this one clearly on the cards.

Prediction: This should be a distance fight too, with Thain never previously stopped in defeats to Ronnie Heffron, Kris Carslaw, Bradley Skeete and Larry Ekundayo. With Thain absent since July 2018, I lean towards the fresher Crocker.

There’s a battle of unbeaten men for the vacant Irish National Lightweight title, as Gary Cully (9-0, KO4) and Joe Fitzpatrick (10-0, KO7) put their unblemished records on the line.