Demetrius Andrade may have been out to prove a point tonight in front of an excited crowd in the main event at the Meridian at Island Gardens in Miami, live on DAZN.

Boo-Boo utterly dominated long-shot Luke Keeler before closing the show in style with a barrage of unanswered punches that forced the referee to stop the bout and thus award him with a 9th round TKO. The win marks Andrade’s third successful title defense of his WBO middleweight strap.

Andrade (29-0, 18 KOs ) wasted no time in calling out the bigger names that he would like to fight like WBO super middleweight titlist Billy Joe Saunders. Andrade and Saunders were originally scheduled to face each in October 2018 but that was derailed when Saunders failed a drug test.

Andrade was more aggressive in this fight and scored two quick knockdowns within just the first two rounds of the bout. He badly hurt Keeler with the second knockdown and many were surprised to see him beat the count. 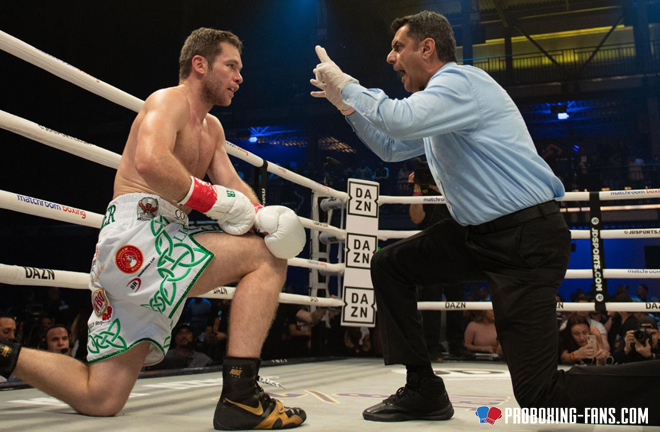 The champion continued to chop away at the challenger and found a home for his punishing left hook. In the 5th, Andrade wobbled the Irish fighter with several right hands.

Keeler had his best round of the entire fight in the 6th round when he actually managed to land a few shots but then Andrade made him miss badly coming back with some sharp counterpunches.

Andrade would literally stand in front of Keeler in the 7th, daring him to attack in a truly demoralizing display while continuing to pepper him with jabs and stiff right hands.

Andrade put on a complete master class as was expected against a hapless opponent that had no business sharing the ring with him. The talent disparity was hard to watch at times and I sincerely hope that Eddie Hearn finds tougher matchups for Andrade from this point forward.

Third time was the charm for Joseph Diaz, who finally became a world champion in defeating Tevin Farmer by unanimous to become the new IBF world junior lightweight champion.

The judges got it right by scoring the contest 116-112, 115-113 and 115-113, all in favour of Diaz. ‘JoJo’ was simply the hungrier, more aggressive and busier fighter tonight and he consistently outworked Farmer for most of the fight despite suffering a nasty gash over his left eye in the second round.

It was a disappointing result for Farmer as he lost for the first time in 7 years and was making his fifth title defense. The Philadelphia native just never seemed to get going in this one. He showed very little head movement and those usual slick boxing skills were noticeably absent. 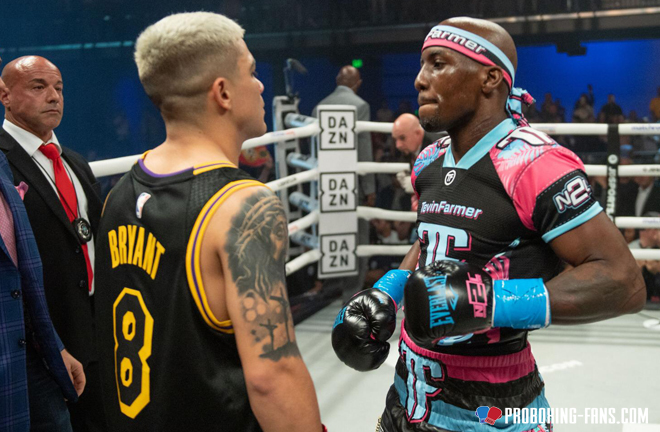 Diaz donned a Kobe Bryant No. 8 Los Angeles Lakers jersey in honor of the late NBA icon as he made his walk to the ring.

Farmer appeared to be the bigger and stronger man of the two in the early rounds as he was able to impose his size on the smaller Diaz.

The deep cut that Diaz suffered was determined to be the result of an unintentional head clash following an instant replay during the second. He was cleared to continue by the ring doctor after it was inspected at the beginning of the third round.

However, the injury did not slow Diaz down and seemed to make him work harder as he was holding his own against the champion as they entered the second half of the fight.

The momentum continued to shift toward Diaz through the eighth as he was landing the more telling shots and getting the better of Farmer in their exchanges. The 2012 Olympian fought very well on the inside and was really beginning to outwork Farmer.

Jo Jo was in complete control by the 11th round and Farmer’s corner began to urge their fighter that he needed a big final round to retain his belt.

The fighters would slug it out until the final bell but there was a sense that the title was about to change hands.

Diaz has now won four straight bouts since a hard-fought decision loss to featherweight titlist Gary Russell Jr in May 2018.

The 25-year-old southpaw won on two of the judges’ cards and Roman won the third.

The fight was competitive throughout as many predicted and there were plenty of close rounds that could be disputed. Overall, Akhmadaliev landed the harder punches and appeared to get the better of their exchanges.

Akhmadaliev did some of his best work in the second round where he consistently backed Roman up but the champion hung tough and came back with some good body work. However, the challenger kept his defense tight and didn’t give Roman much to work with. 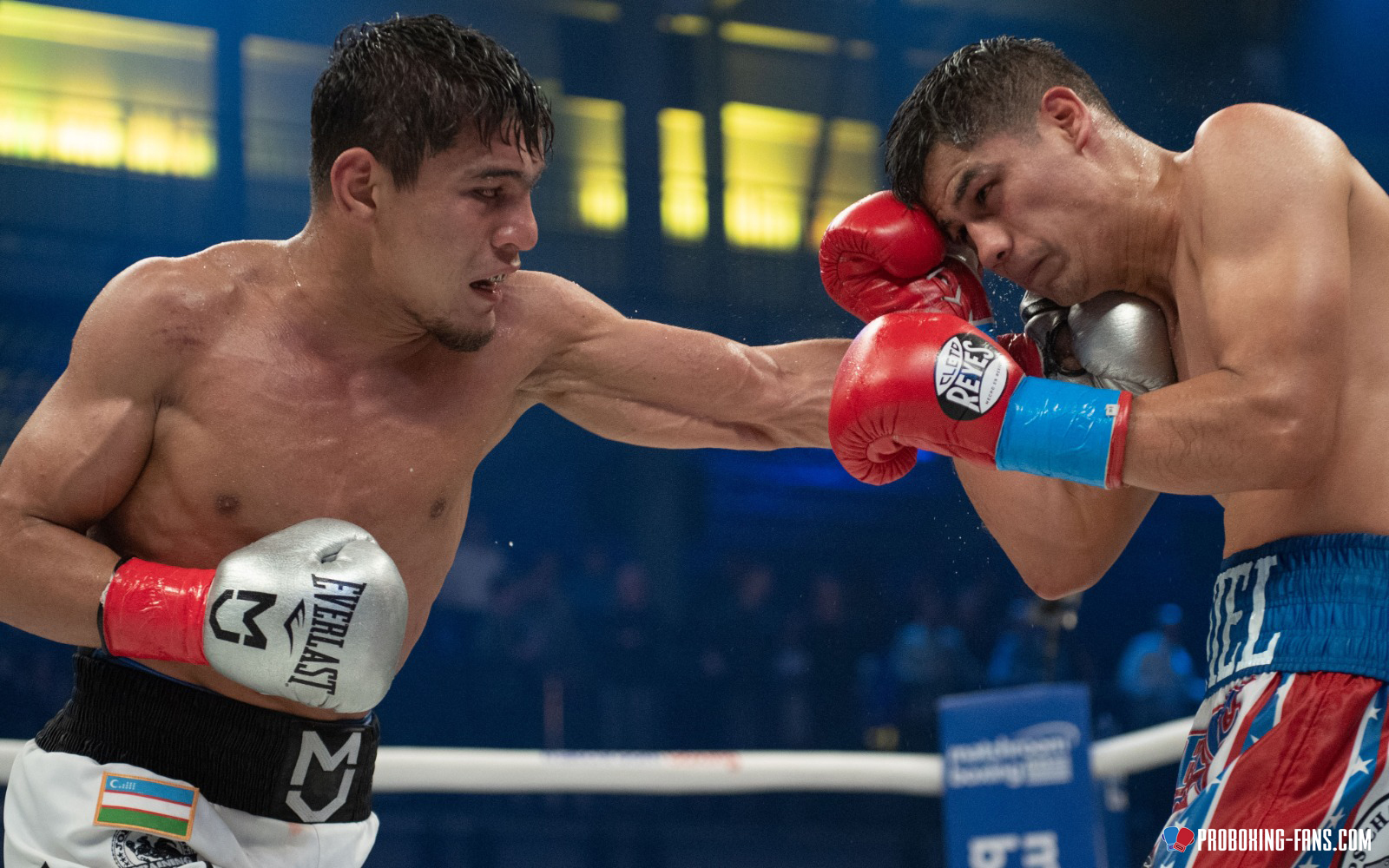 Akhmadaliev was also the WBA mandatory challenger and had this to say about Roman following their dustup:

“I knew who I was fighting. I prepared for the best fighter in my division. It was a hell of a fight, he was very tough. He was tougher than I expected. It was a great fight. Thank you, Danny Roman.”

Roman felt that he won and expressed interest in a rematch, which I don’t think people would mind seeing again.