The MTK Golden Contract tournaments come thick and fast, and this Saturday, The Brentwood Centre hosts the Light Heavyweight version of the competition.

Eight men will compete to determine who will be offered a lucrative contract by the rising promotional outfit.

Two former British champions meet in what is arguably the tie of the round. Bob Ajisafe (19-2, KO9) is something of a forgotten man, having boxed just four times since June 2015. The 34-year- old is a product of the famous Wincobank Gym, and will be looking to get his career back on track by beating Hosea Burton (24-1, KO11).

After winning the vacant Commonwealth belt in June 2015, Ajisafe travelled to Moscow, where Umar Salamov outscored him in a challenge for the IBO title.

Since then, Ajisafe has boxed just three times, all in low key six rounders. His last appearance saw him halt the 0-7 Genadij Krajevskij in the sixth round in August. 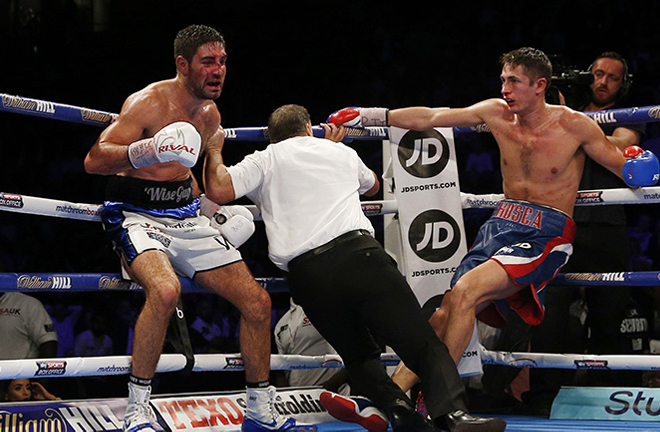 Manchester’s Burton will also have much to prove after a frustrating few years. The Joe Gallagher-trained fighter won the vacant Lonsdale Belt in February 2016, stopping Miles Shinkwin in six.

He dropped the title in his first defence, when stopped in the final round against Frank Buglioni in a thriller, with Burton ahead at the time. Burton has rebuilt with six straight wins since.

Prediction: This one could prove to be a tricky, technical affair, with both men knowing a defeat could spell career disaster. Ajisafe is known for being an awkward customer, but Burton, at 6 ft 4, is a slippery operator himself. This could make for a messy contest, and I lean towards Burton winning a decision.

Edinburgh’s Tommy Philbin (13-0, KO4) could well be a dark horse in the competition and he selected Serge Michel (9-1, KO7) as his quarter-final opponent.

Philbin has made steady progress, fighting mainly journeymen, but picked up the Celtic title in October 2017 with a points win against Rhys Pagan. 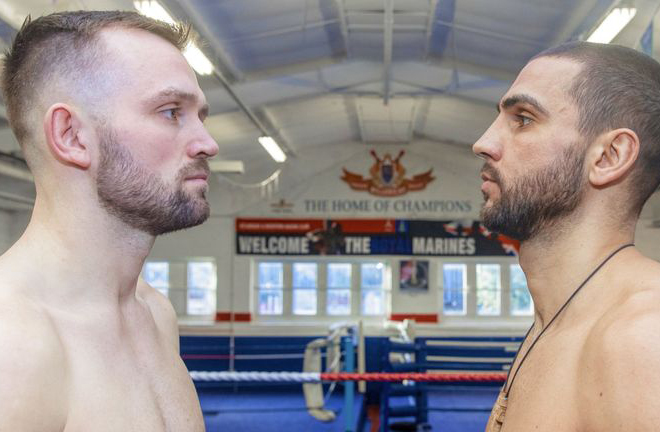 Michel fights outside of Germany for the first time, with his only defeat coming in April this year against Ryan Ford, where he was knocked out in eight rounds. Ford would take Joshua Buatsi seven rounds in August.

Prediction: Michel is a big puncher, but Philbin is used to going the distance, and will stick to his boxing skills in the main. As long as Tommy stays out of trouble early on, he can negotiate a points win.

Sterling is a former Southern Area champion, outscoring Kirk Garvey last November. He then went on do the same to Ricky Summers in February, although he was dropped in round two, before Craig Richards handed him a first defeat in June, winning handily on the cards after dropping Sterling in the sixth.

Conroy is a former English champion, defending it twice before challenging Buatsi for the vacant British belt, where he succumbed to the talented Olympian in three rounds in March.

After a comeback win, Steven Ward, who features in this tournament, outscored Conroy by a single point on a technical decision. Ward had been decked in the fourth, but a bad cut above his left eye ruled him out, so the fight went to the scorecards.

Prediction: This could be fun while it lasts, with both men having previously hit the canvas. Sterling has less miles on the clock though and after some rocky patches, should be able to take a decision.

Steven Ward (12-0, KO4) just about clung onto his unbeaten record in his fight with Conroy, and the WBO European champion has selected Latvian Ricards Bolotniks (15-5-1, KO6) for his tie.

Ward has made a decent start to professional life, including a points win over Steve Collins Jr at Windsor Park last August. 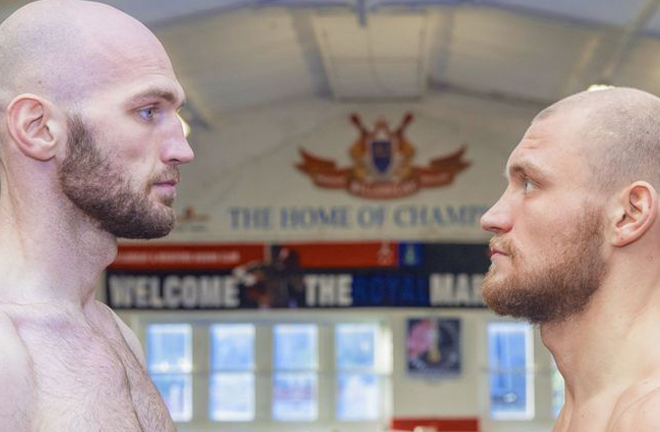 Bolotniks is unbeaten in four following a drop down from Cruiserweight, and he widely outpointed the previously unbeaten Sergei Ekimov last time out.

Prediction: Although Ward isn’t a massive puncher, Bolotniks has been stopped three times in his five defeats, and may look for an early victory here. This should play into Ward’s hands, and I think he can score an after halfway stoppage.

There is also an English Light Heavyweight title fight on the menu, as Dan Azeez (10-0, KO7) and Lawrence Osueke (9-0-1, KO1) clash in what could be a cracker.

Azeez came to wider prominence in a ruthless stoppage win against Charlie Duffield in July, while Osueke was held to a drab draw with Ricky Summers last time out.

Prediction: The heavy handed Azeez can win this one inside the distance.

Sky Sports televise in the UK, with ESPN+ on board in the USA.