Commey is Ghana’s 9th world champion after defeating Russia’s Isa Chaniev for the strap in February. The 32-year-old power-puncher defended the belt in June, knocking down former lightweight world champion Ray Beltran four times before stopping him in the eighth round. 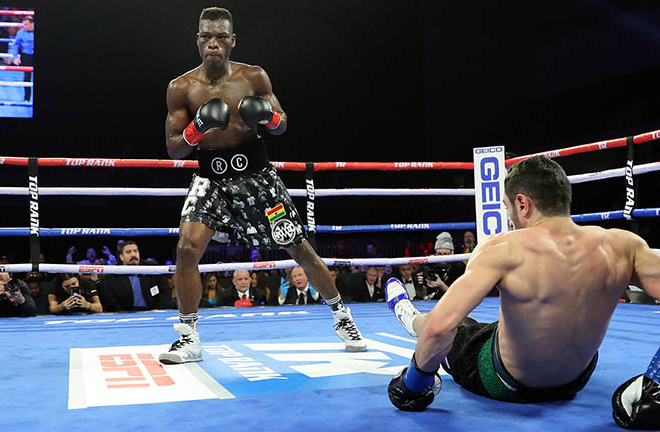 Lopez is coming off of what is perhaps the worst performance of his career in a controversial IBF lightweight eliminator against Masayoshi Nakatani on July 19. Lopez struggled against the towering Japanese fighter and ate a substantial number of right hands before outlasting him down the stretch for the decision.

This is a good match-up between a hard-nosed and well-seasoned veteran like Commey and a very talented [yet green] prospect in Lopez. Physically, they compare well so we can expect an exciting shootout opposed to the blowout expected between Crawford and Kavaliauskas.

Prediction: Commey has a huge advantage in experience and will not be intimidated by Lopez. However, he is susceptible to counterpunches and that is Lopez’s specialty. Then again, we don’t know how Teofimo will react to Commey’s power when hit on the chin. I’m going with the more experienced fighter with the better resume in Commey to win a clear, but hard fought decision.

Conlan will look to avenge his highly controversial loss to Nikitin in the 2016 Olympic quarterfinals. In fact, the loss was so bad that the Northern Irishman went on a profanity-laced tirade on live television, after famously flicking off the judges responsible for the decision. 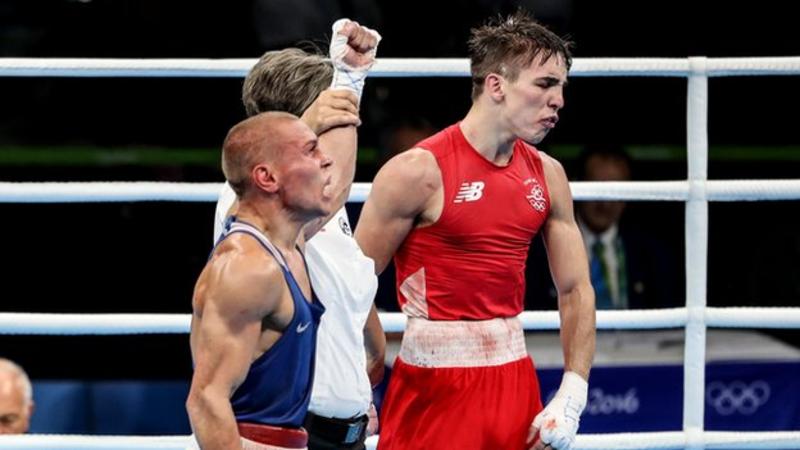 You could hardly blame him for the antics as he was then the reigning amateur world champion at bantamweight and appeared to have clearly beaten the Russian in Rio only to be defeated by the judges, on whom he then turned.

He is currently ranked in the top 10 as a featherweight among three of the major sanctioning bodies. Conlan is also coming off an emphatic TKO win over Diego Alberto Ruiz in August.

Aside from their Olympic controversy, Nikitin had a solid career in the amateurs. The Russian fought over 300 fights in the unpaid ranks before representing his nation in the 2016 Olympic Games. His fight against Conlan brought him to the attention of the world’s media at the time.

Prediction: Conlan is a potential superstar with silky boxing skills, deep Irish roots and overall appeal. It’s a grudge match for sure and an opportunity for one fighter to avenge a bad loss and another to prove that the first time was no fluke. Conlan does well when cleverly boxing on the outside and will outclass the brawler Nikitin for a comfortable points win.

The Puerto Rican from Brooklyn has won all of his fights by first round knockout but has been inactive since August while recovering from a broken finger.

Spain’s Nunez should provide Berlanga with the stiffest test of his career. His is coming off his only loss by knockout at the hands of former super middleweight world titlist Vincent Feigenbutz.

Prediction: Berlanga is the bigger name and has a huge advantage in power over Nunez. The sense here is that Berlanga will notch his 13th consecutive knockout win but this one won’t be a first-round blowout.

Fellow Puerto Rican Brooklyn transplant and Top Rank signee Josue Vargas (15-1, 9 KOs) will also box in front of hometown fans when he takes on Noel Murphy (14-1-1, 2 KOs) in a 10-round bout.

Prediction: These fighters were previous sparring partners so expect a tough and entertaining bout. Murphy will certainly come to do battle but Vargas is the A-side in this contest and should prove to be too much in a potential barn-burner that goes to the cards.

Check out our Terence Crawford vs Egidijus Kavaliauskas preview and predictions