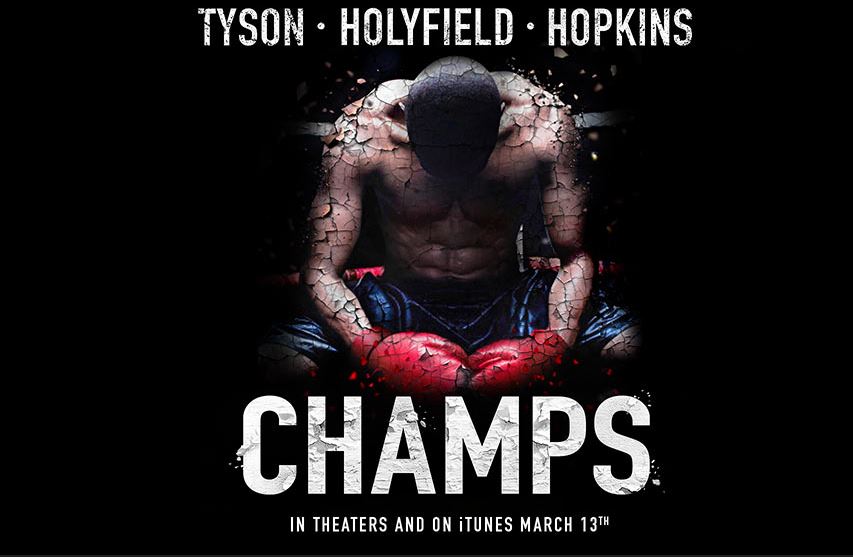 Amplify is releasing Champs, a new boxing documentary that digs deep into the boxing underworld through the eyes of  legends Mike Tyson, Evander Holyfield, and Bernard Hopkins. It opens in theaters and On Demand beginning March 13th.

Boxing, “the poor man’s sport,” has long given kids from America’s roughest neighborhoods an opportunity to escape violence with violence. But with success in the ring comes new fights for which there is no training: champions are made and broken in the blink of an eye, and young men thrust into the spotlight are often ill-equipped for the fame, fortune, and hangers-on that accompany a title belt.

More than just a sports documentary, Champs examines what it means to pursue the American Dream through boxing, painting a picture of a controversial and unregulated sport in a moment of crisis. You can watch the trailer for the Champs boxing documentary right here at the top of this page. Stay tuned for more news closer to the release date.