Anthony Sims Jr had come to prominence August 2018 when he appeared on a JD NXTGN card produced by Eddie Hearn and Matchroom boxing. The British fans took an immediate liking to the American after he laid out all his cards and spoken openly, from the heart letting the audience into his life story.

Since then, ‘The Magician’ had enjoyed a successful 2019, winning three out of three scheduled bouts, making two of his opponents disappear before the final bell.

The Super Middleweight’s amateur career was a fruitful one where Sims Jr had his arm raised in victory on 188 separate occasions, only tasting defeat thirteen times. Now, as a professional Anthony finds himself undefeated in twenty bouts winning eighteen inside the scheduled distance, ten inside the opening round. A blue chip prospect.

As physical boxing is, the sport is hugely made up of mental strength. Psychology.

The mindset of Sims Jr is something he had to build himself after a traumatic bereavement left this young boy unable to read, write or even speak properly. 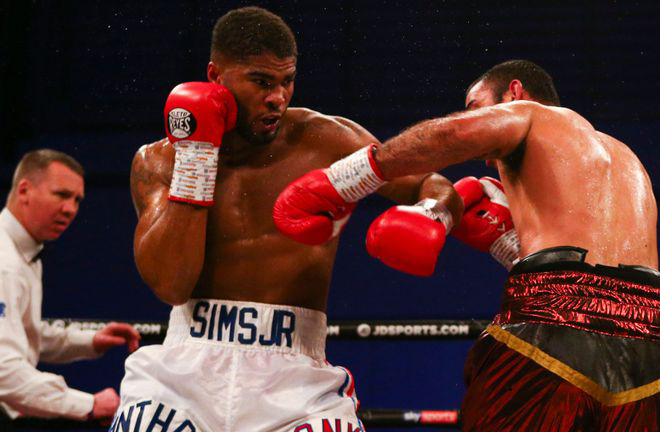 Sims was a world away from the man we see today. After losing his father aged six it took a while for the child’s confidence to come back, soon after he found himself getting a beating after a misunderstanding. It was time for Sims Jr to head to the gym.

Five years down the line, the 24-year-old had trained vigorously for the fifty months that had passed. All seemed to be well, until his coach tried to stop Sims from competing. The father figure, the mentor, the knife in the back, a minor speed bump in the road.

By the age of thirteen he had met his uncle and followed him to Las Vegas to train there, at the Mayweather gym.

Floyd Mayweather Sr is the uncle, ‘Pretty Boy’ Floyd is his cousin. Boxing is in the blood. 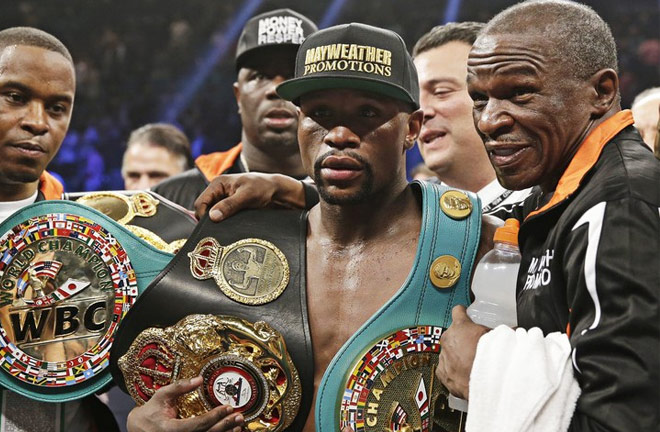 However, by the time the professional ranks came calling it wasn’t the Mayweather’s who got to promote him. Instead it was Murad Muhammad, the man who discovered, Floyd Mayweather’s arch enemy, Manny Pacquiao.

In a sport of broken promises, Sims Jr soon had his share of finger crossing during big promises being made.

Firstly, with his family, Mayweather Promotions offering below his worth in a professional contract.

Secondly, Muhammad lasted one year before he and Sims split.

Thirdly, infamous promise-breaker, Don King signed ‘The Magician’ to a promotional deal but the wild-haired, King couldn’t pluck a fight from a hat.

Finally, Freddie Roach, who initially pursued the Indiana-native after impressing at the Wild Card gym, couldn’t find the time for Sims amongst his bulging stable.

Once more in the gym with Freddie Roach, Sims made an unlikely acquaintance whom he had asked to see if Eddie Hearn would sign him.

The phone rang, it was a video call. “Eddie wants you!”

It was Kell Brook on the other end of the phone, half way across the world, delivering the news that would change the life of this young man forever. Anthony Sims Jr, signed to Matchroom Boxing USA. 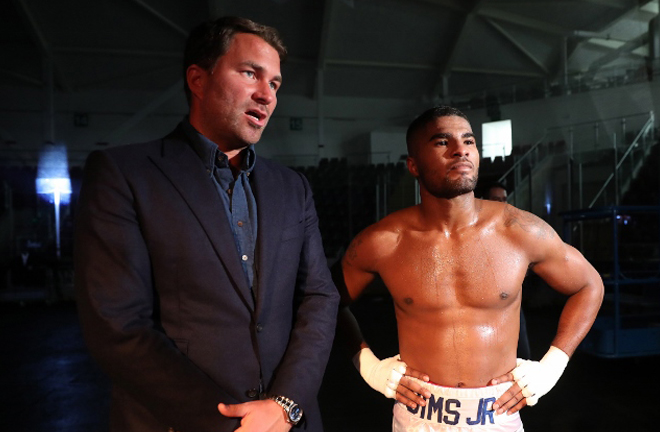 Enjoying himself under the Matchroom banner and now with a large fanbase in Britain, the world is his oyster

The next step is a slot on the beastly undercard of Demetrius Andrade vs Luke Keeler, when he faces former world title challenger Roamer Alexis Angulo for the WBO Latino Super Middleweight title in Miami.

The bill will see a co-main event of YouTube sensations, Jake Paul vs Aneson Gib in what promises to make this show a global powerhouse in the sporting calendar.