2019 was the biggest year of one young man’s life. From Sheffield, Donte Dixon made his debut, televised debut and then signed a management deal with a current world champion. 2020 is set to his breakthrough year.

Naheem Chaudhry was the first to fall victim to the gloves of Dixon. A points victory for Donte in Mansfield saw him start to his professional career of with a W.

Donte made a name for himself in Yorkshire on the amateur scene after making the England squad and adding seven Yorkshire title to his name. First walking into a boxing gym aged thirteen Dixon competed in thirty-four bouts in the unpaid ranks winning all bar two. 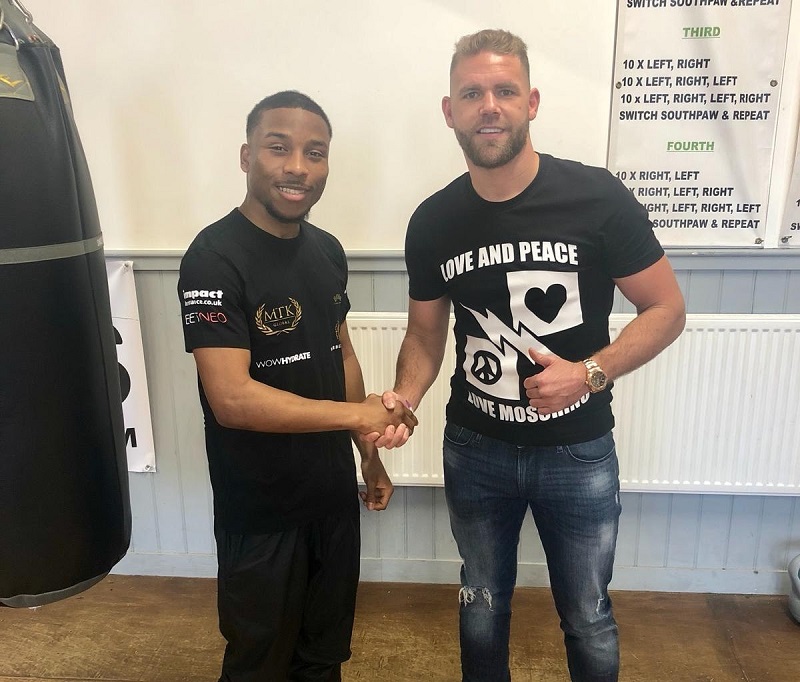 It was inside the infamous Ingle’s gym where Dixon’s talent was spotted by super-middleweight world champion, Billy Joe Saunders. The youngster was sparring Kid Galahad learning his trade on the job. All the while, unknowingly to him, Saunders started plotting away, with his management hat on, thinking of how far Dixon could go.

Now teamed up with Billy Joe, MTK Global and former professional fighter, Adam Etches, Donte has had his second paid fight which came at the British Mecca of boxing, York Hall.
He featured on the undercard of a JD NextGen Matchroom Boxing show – giving him the opportunity to show the world what he could do. 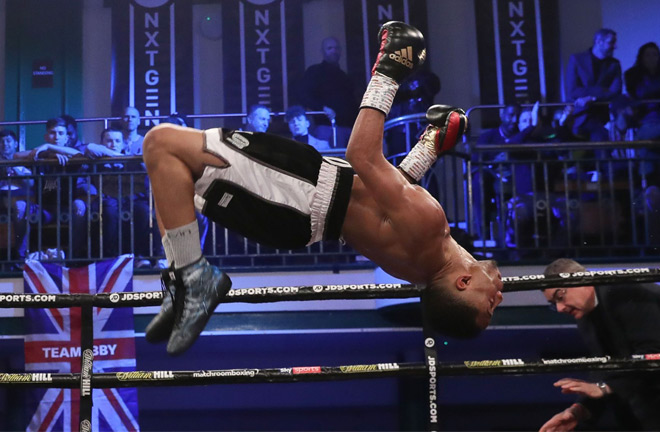 The 130 lb prospect shone under the televised lights of Sky Sports putting a premature ending to his bout against Vladislavs Davidatitis in the second round.

The Latvian found himself on the canvas inside the first three minutes and immediately wanted out, which was visible on his face.

Ringside was a delighted Billy Joe Saunders and his trainer Ben Davison as they sat ringside watching the protege whilst mingling with the likes of Anthony’s Yarde and Crolla as they enjoyed the display on show. 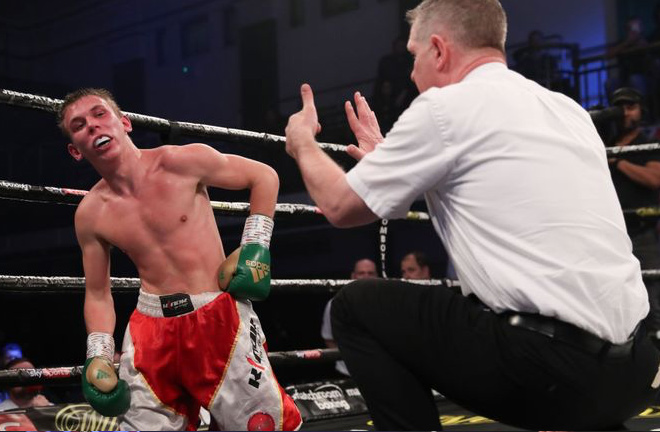 Next up is Eduardo Valverde, according to Boxrec at the time of writing, in Sheffield this Saturday evening. It is another opportunity for Dixon under the bright lights, in front of a home crowd and a chance to impress Eddie Hearn once more.

After witnessing this young man live, I believe he has the tools and the team around him to take him to titles in the next couple of years whilst more than likely boxing on undercard of his managers world title fights which will bring invaluable experiences to the Sheffield fighter.